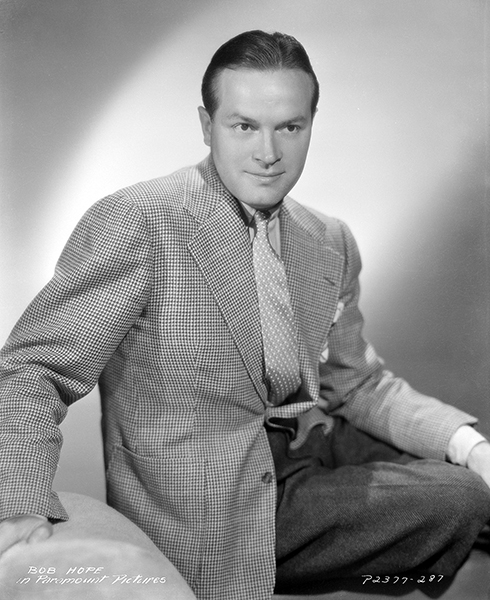 “I’ve been in this game long enough to realize there’s no such thing as a new quip….The object is to make a quip sound fresh by giving it a new turn, or tying it up with modern slang or situations in the news.” — Bob Hope 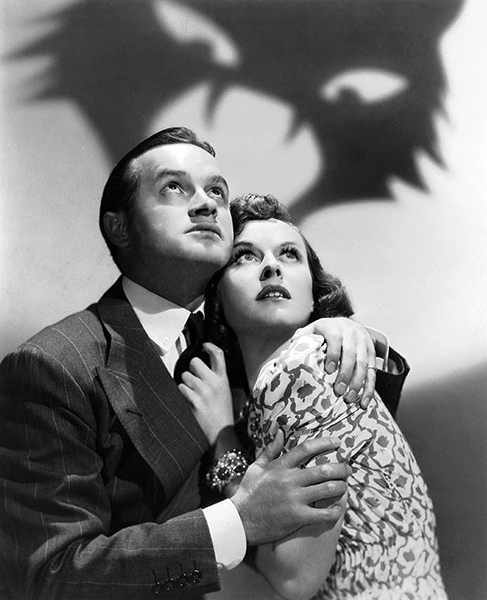 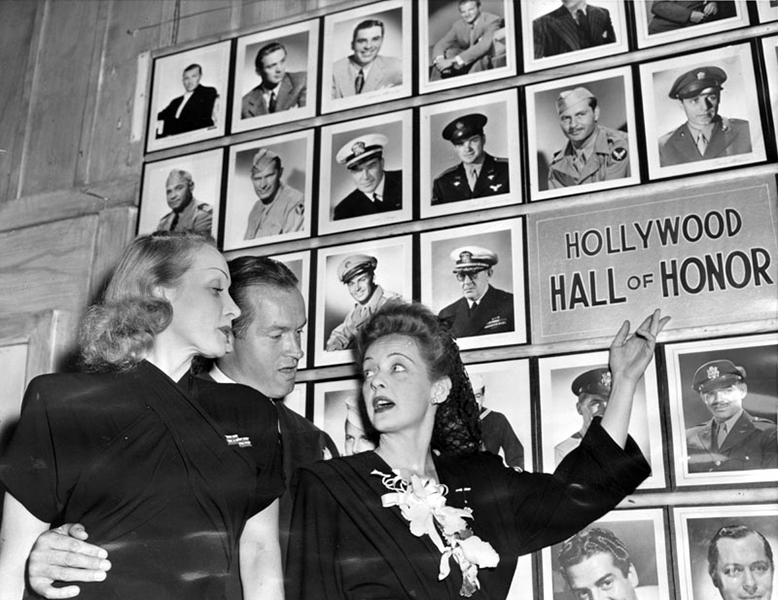 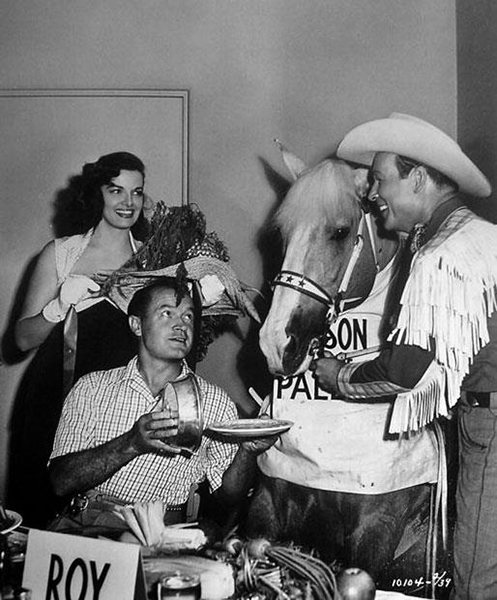 “He’s the biggest ham I’ve ever worked with which is saying a lot. After all, I’ve made several pictures with Crosby.” — Bob Hope on Trigger, Roy Roger‘s celebrity horse.

Photo: With Jane Russell, Trigger and Roy Rogers in 1952. 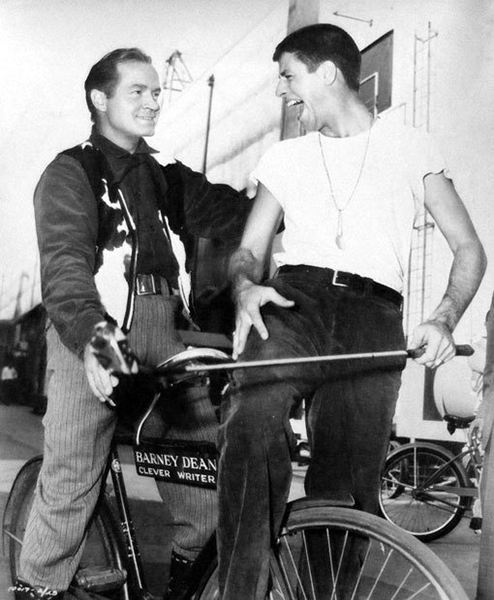 With Jerry Lewis on the Paramount lot in 1952. 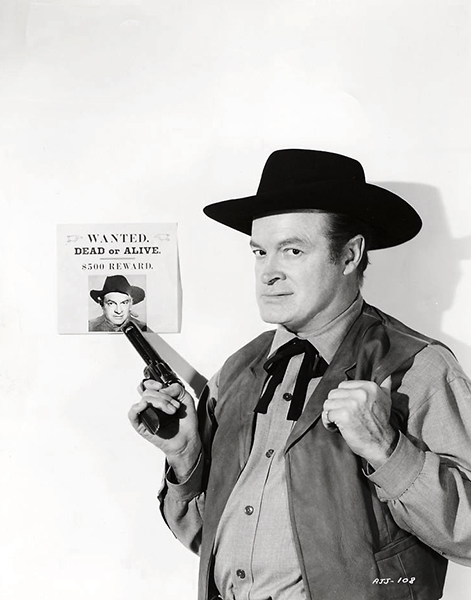 “I’ll never retire from showbusiness. I love this work too much. The best medicine I have is to hear an audience laugh at my jokes. It exhilerates me. I can’t describe how wonderful I feel doing it. I’m cutting down on some of my other activities but not movies, TV or personal appearances.” — Bob Hope

“The main thing for me to watch is aggravation. That’s what gets you – that and overwork. I just keep talking to myself, that’s all. You’d be surprised how easy it is to convince yourself that there’s no use getting steamed up over little things.” — Bob Hope 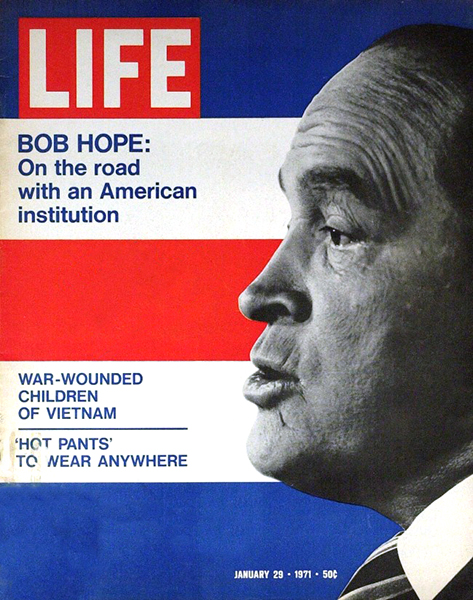