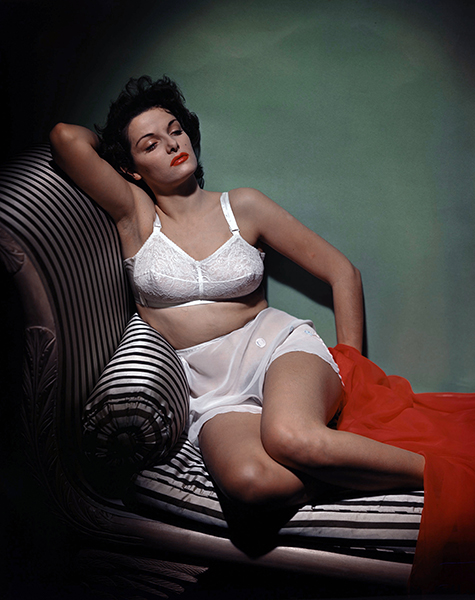 “Publicity can be terrible. But only if you don’t have any.” — Jane Russell 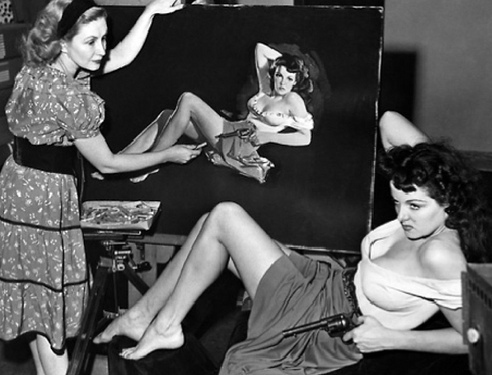 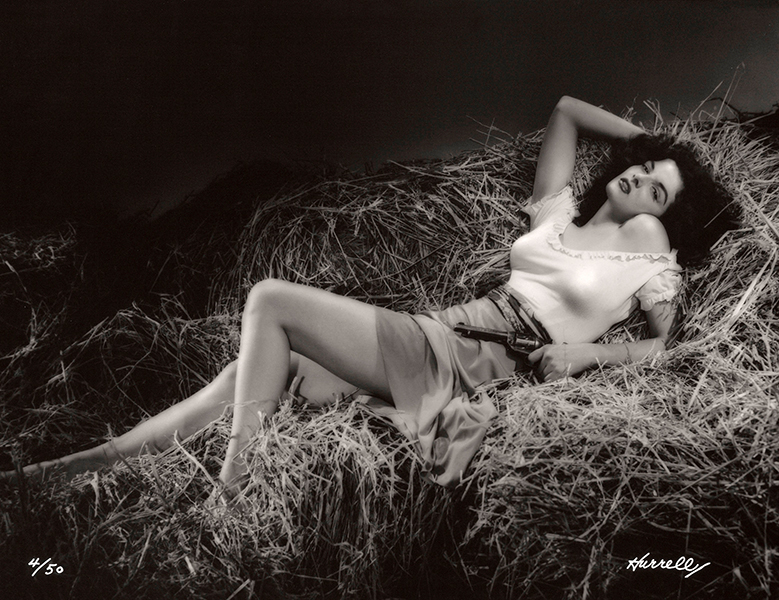 “I don’t think the people who saw the picture were offended. It was the publicity campaign. I felt horrible. I was embarrassed and humiliated. At the other side, I wanted to laugh because it was so ridiculous.” — Jane Russell 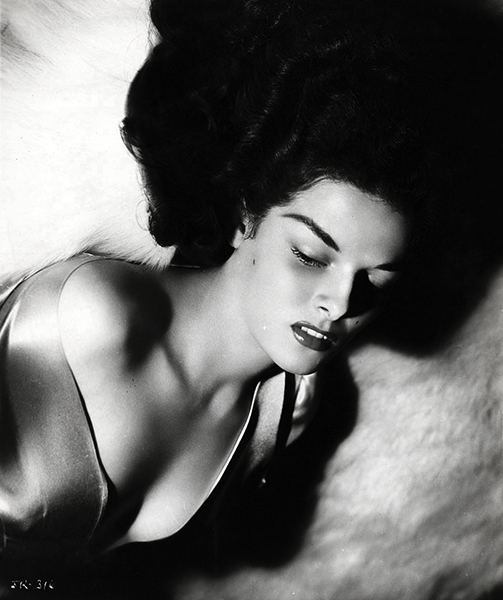 “If my pictures were supposed to be sensual, they were sensual only in publicity terms, at the level of the billboards.” — Jane Russell 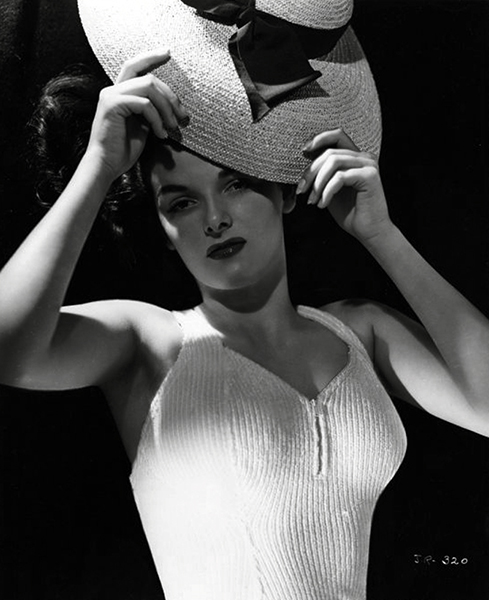 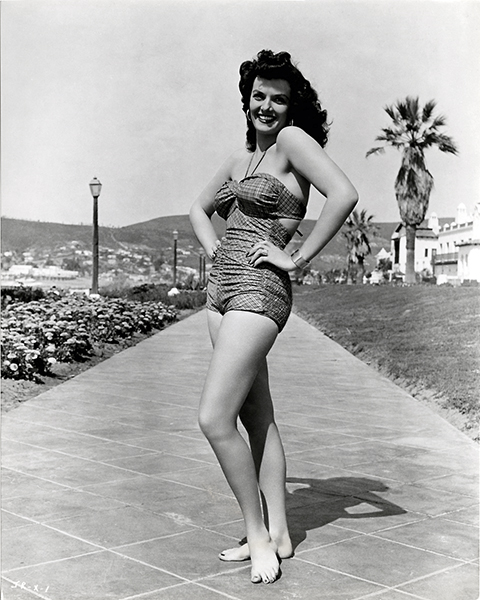 “I just think leg art is stupid. When I see other girls posing in shorts for some silly gag, I think it’s ridiculous.” — Jane Russell 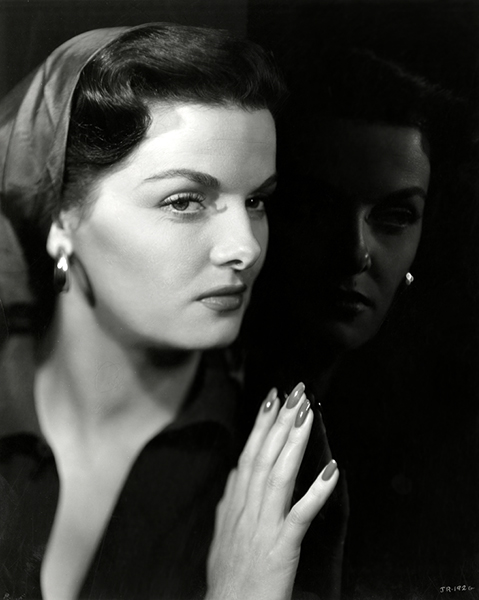 “I was never really a femme fatale. I’ve known a couple but I really can’t be bothered.” — Jane Russell 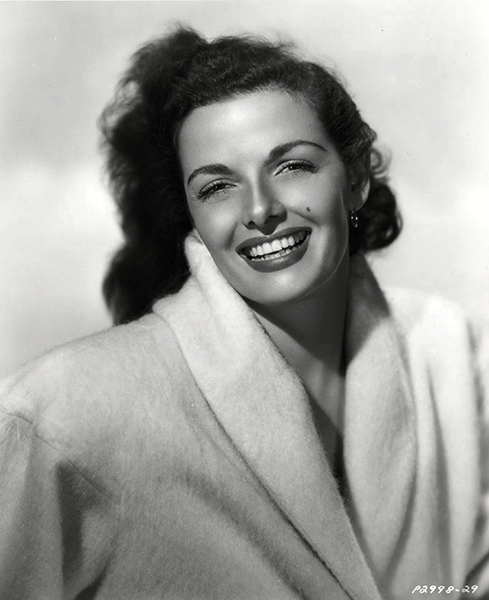 “Yes, I like radio much better than making pictures. It takes a thousand years to make a movie. And there’s so much baloney connected with it.” — Jane Russell 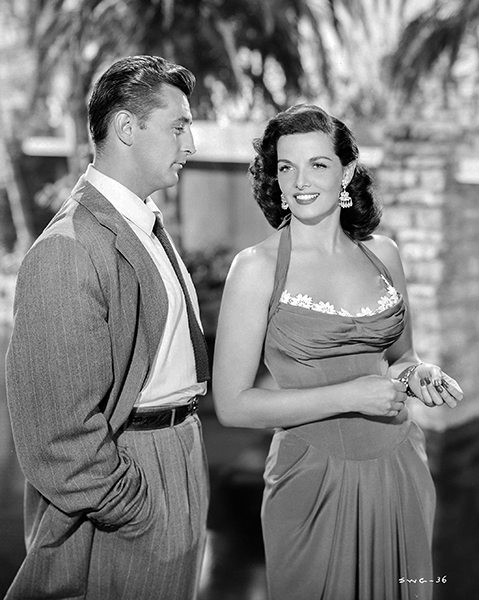 “It was a joke. But producers and directors who had a good book or a good dramatic part would never think of me. I was supposed to be stupid, I guess. I would have liked to do something like ‘The Miracle Worker’ or ‘Cat on a Hot Tin Roof.’ At RKO they’d take B things off the shelf and say, ‘Doctor this up for Bob Mitchum or Jane Russell.’ But I had a lot of fun when I was working. I thoroughly enjoyed the work, and then I went home at night and forgot it.” — Jane Russell 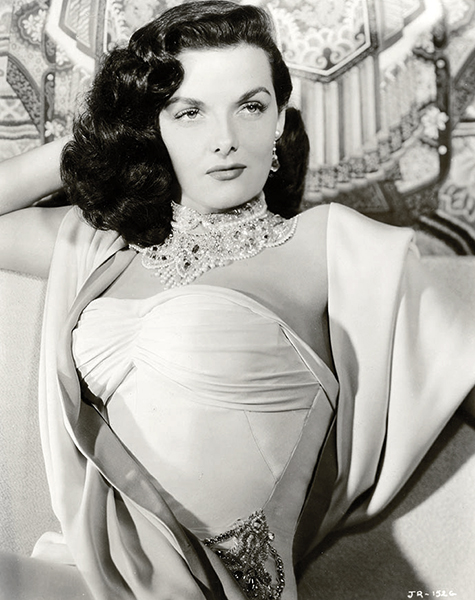 “The trouble with many men is that they show their interest too soon. It makes a girl feel either they have an angle or they are desperate for a girlfriend because other girls don’t like them. And girls don’t like a guy who’s easy to get either.” — Jane Russell (but probably a publicist) 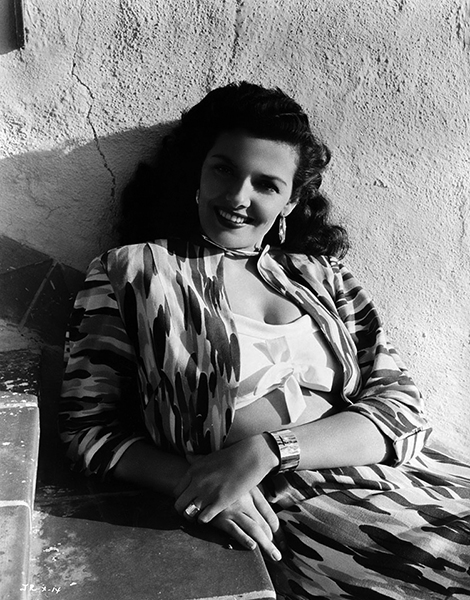 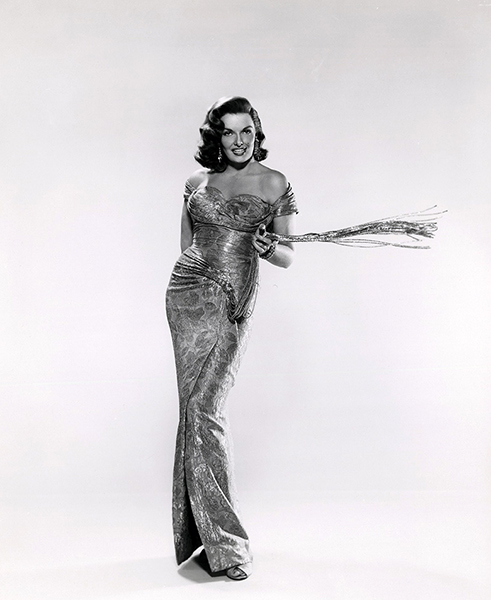 “I loathe the word religion and I’m non-denominational. Totally. Always was. I was a rebel.” — Jane Russell

“I liked Condoleezza Rice. And Ann Coulter was great. She was so strong and forceful. But people kept asking me, ‘You’re from Hollywood. Why are you here?’ I very much wanted to tell them, as a whole group, that in my day Hollywood was Republican. All the heads of the studios were Republicans, and we were fighting communism. You had John Wayne and Charlton Heston and myself and Bob Mitchum, and President Ronald Reagan came right out of that same group. There were a few Democrats in Hollywood, but we thought they were crazy.” — Jane Russell

Russell was a Republican, speaking out on a number of social conservative causes while making jabs at the “liberal left.” She never received the same level of press for some of the things she said especially compared to her male counterparts.

Whether you agree with her or not, I love Mitchum’s assessment: “Miss Russell was a very strong character. Very good-humored when she wasn’t being cranky.”