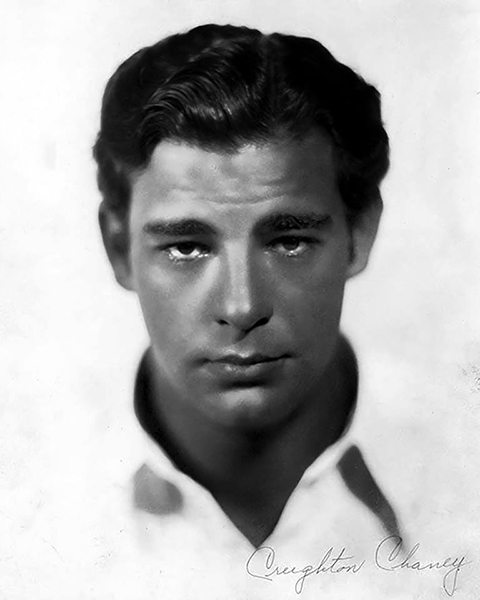 “I suppose I am the same type as Gable, but why make a comparison? He’s Gable and I’m Chaney, and let the matter end there. I don’t care what sort of pictures they put me in, only I hope I’m to play virile, he-man types. I feel better in a pair of riding pants than I do in a full-dress suit.” — Creighton Chaney, aka Lon Chaney Jr. 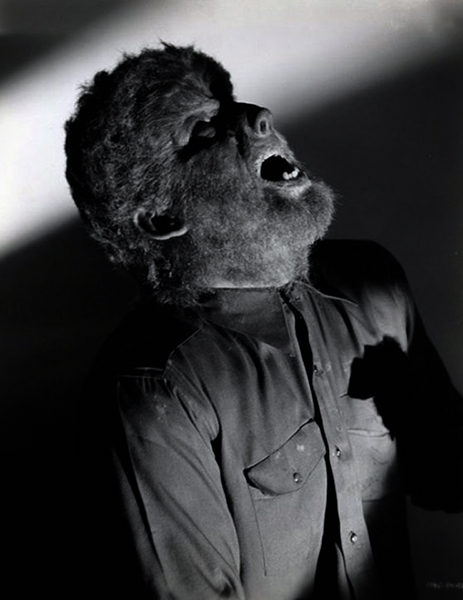 “Nothing is more natural to me than horror.” — Lon Chaney Jr. 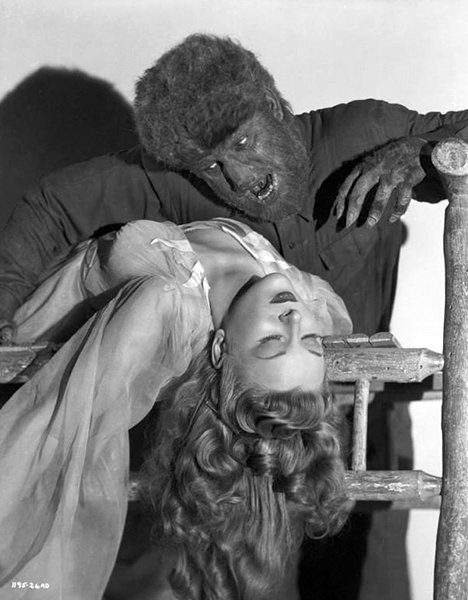 “B” movie scream queen Evelyn Ankers with Chaney Jr. in a publicity shot for The Wolf Man (1941).

Ankers, nicknamed the “Queen of the Screamers,” has the rare distinction of being the only actress to appear in a Universal Wolf Man, Dracula, and Frankenstein film, all of them with Chaney Jr., a co-star she disliked. In fact, she often referred to him as the “brute with bad breath.”

Chaney Jr., didn’t care for her either and took great pleasure in trying to scare her both on and off the set. 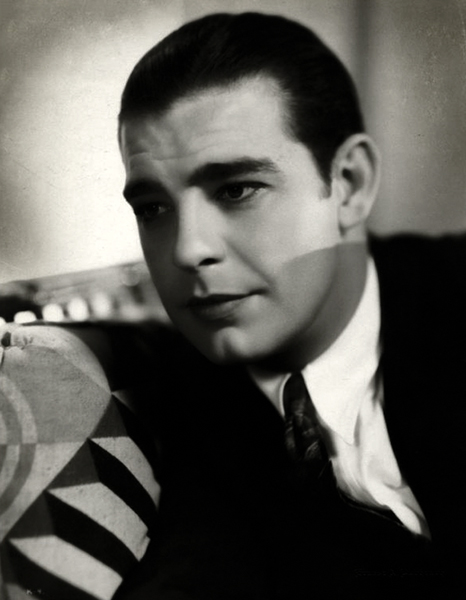 “My father would be horrified if he knew I was making it in the pictures and that I’m not billed as Creighton Chaney.” — Lon Chaney Jr. 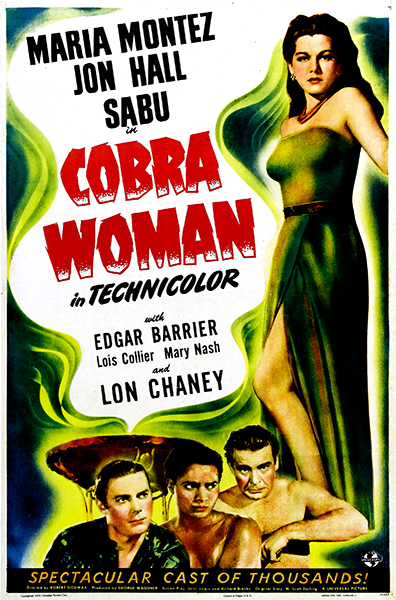 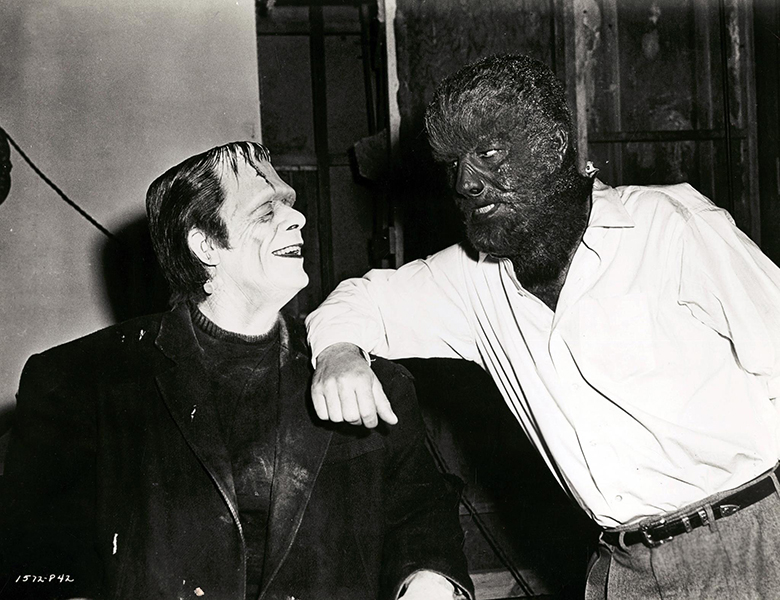 Glenn Strange and Lon Chaney Jr., behind the scenes in Abbott and Costello Meet Frankenstein (1948).