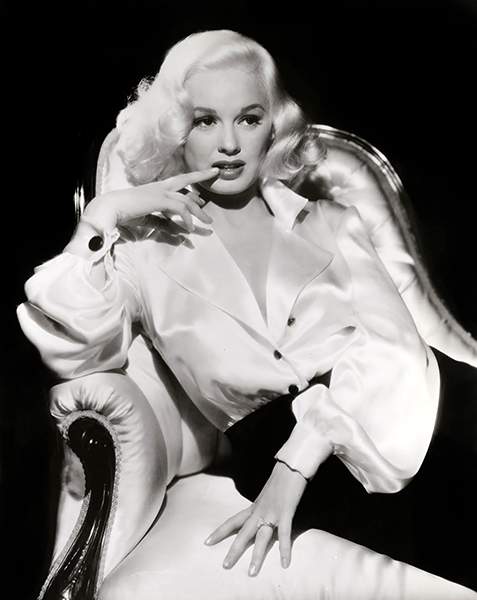 “I may bite my lower lip and I may wiggle my hips a bit, but I’m not a carbon copy of anyone. And as far as Monroe is concerned, I don’t think there’s any need to defend my reputation. She has nothing that I don’t have.” — Mamie Van Doren in 1953. 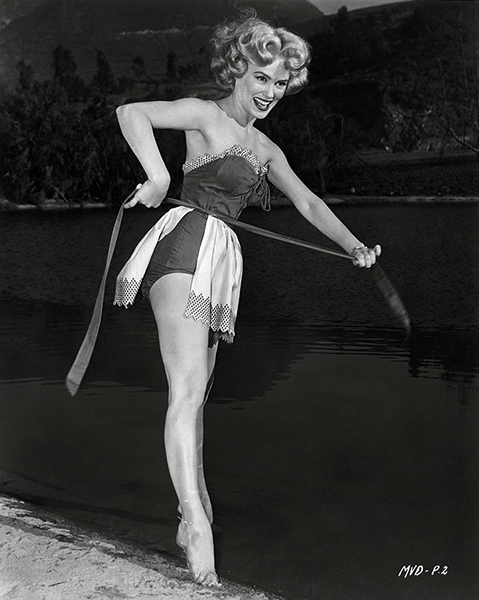 “I was married once for three weeks when I was 15 but I had no steady boyfriends. I like men, who eat beefsteaks for breakfast.” — Mamie Van Doren 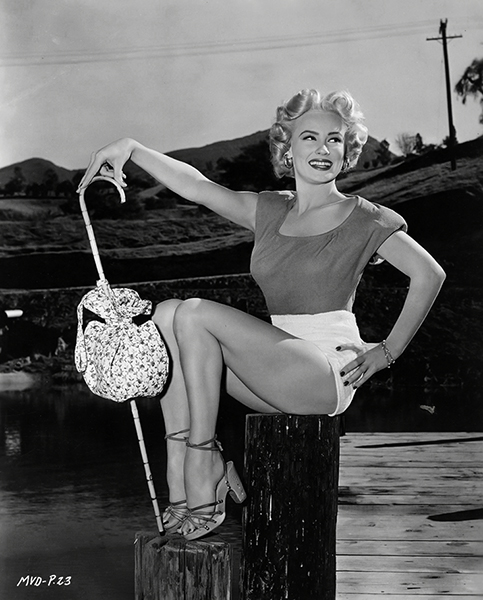 “I’m not a natural blonde, you know. I was a democratic brunette who decided it was time for a change.” — Mamie Van Doren 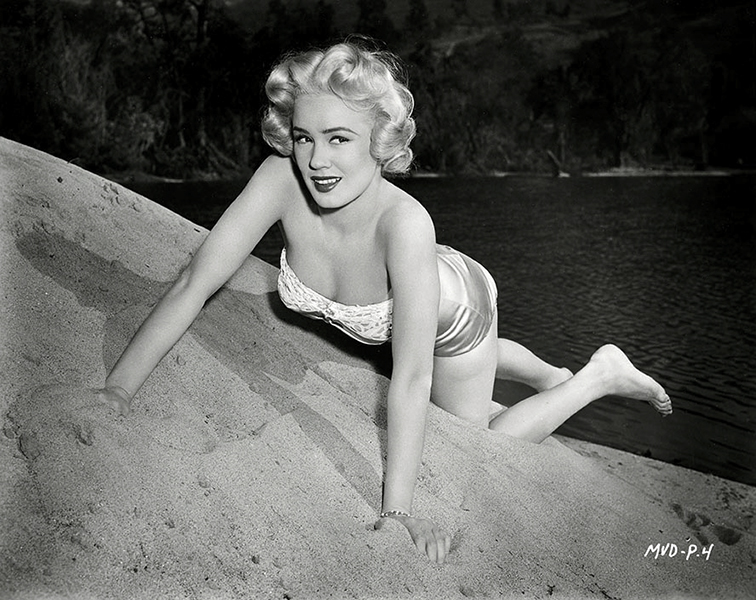 “I’ll match her in any coliseum in the land – in singing, dramatics, sex or anything!” — Mamie Van Doren on Marilyn Monroe. 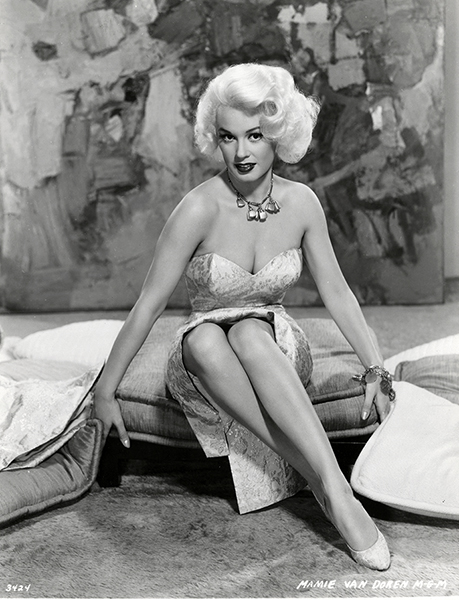 “I’m basically a shy, insecure and frightened girl. Maybe you won’t believe this, but I have to summon up all my courage to enter a room full of men. Ava Gardner and Lana Turner are really the same. We’re just not sure of ourselves. But to see us out in public you’d never guess it. All of us are creatures of our build-up.” — Mamie Van Doren 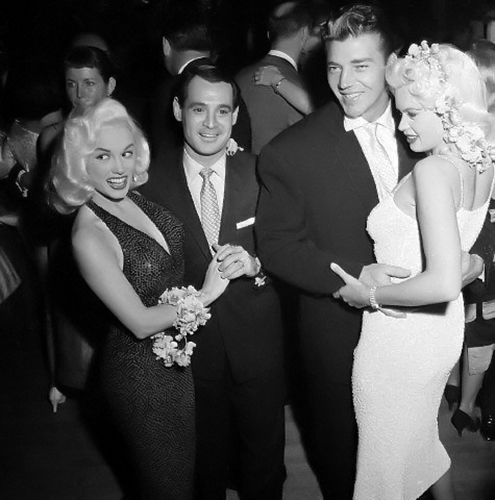 “I worked with Jayne but I wasn’t particularly fond of her. She was a caricature of herself. I felt for her, because she did drink quite a bit and, when I’d see her at a party, she looked as if she was always having fun, but underneath it all she wasn’t.” — Mamie Van Doren 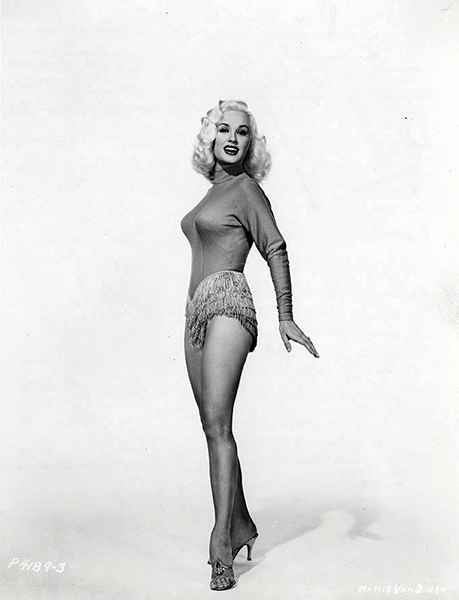 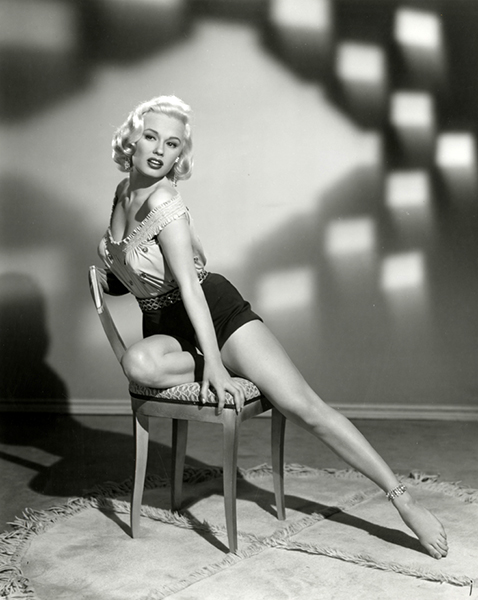 “If Universal had played me up as the healty, smiling, clean-cut All-American girl, I would’ve been typed in that mold. But no, I came along in the Marilyn Monroe era, so they got rid of my real name, which is Joan Olander, and replaced it with Mamie Van Doren. ‘Mamie’ came from Mamie Eisenhower and ‘Van Doren’ from the historian. ‘In Mamie Van Doren,’ they said, ‘we have the the answer to Marilyn Monroe.” — Mamie Van Doren 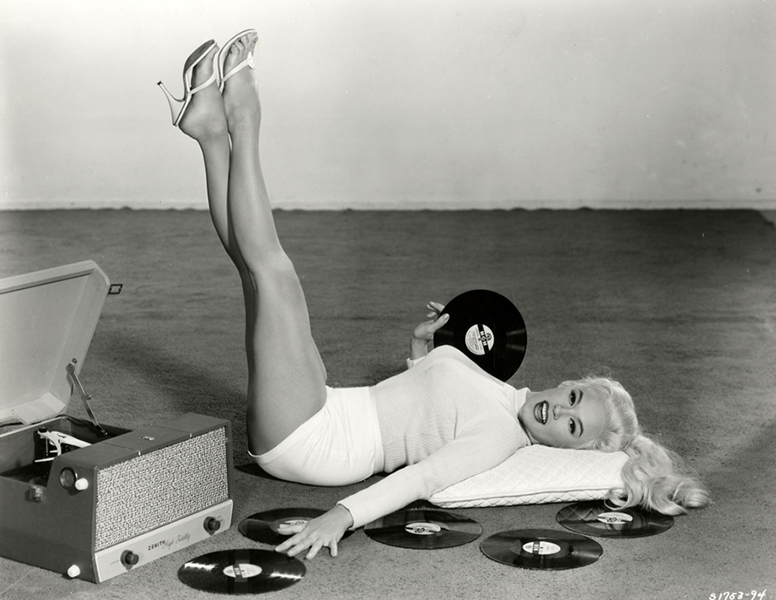 “From that point on, I became the hot, zingy, platinum blonde. I was cast in such pictures as Running Wild, Untamed Youth. I’m supposed to be the last word in sirens. That’s my characterization, and I’m stuck with it, unless I can talk some producer into untying me.” — Mamie Van Doren 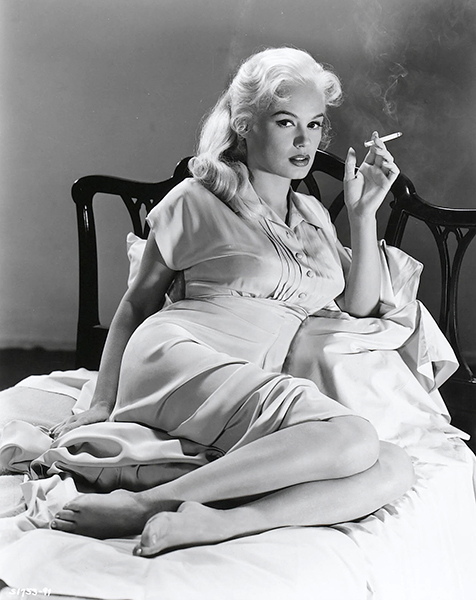 “The nice girls played wives…I played bad girls. They knew where they wanted to put you, and you didn’t fight it – because, if you did, you were put under suspension.” — Mamie Van Doren

One thought on “Mamie Van Doren”