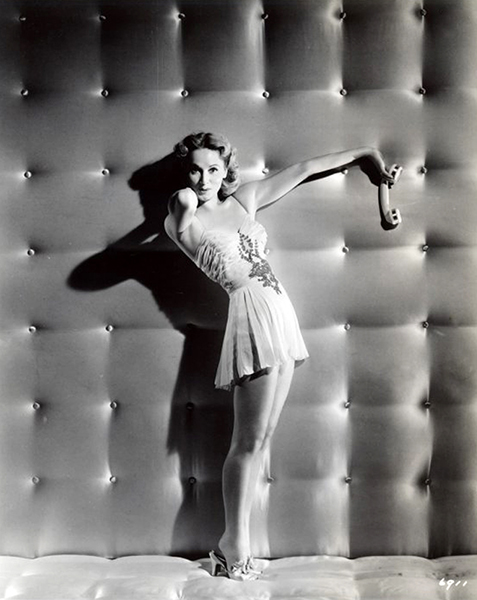 Elaine Shepherd, granddaughter of Mr. and Mrs. J. D. Shadle, 711 West Elm, Olney, is one of that village’s chief prides. She lived there, until six years ago, when she went to New York and then to Hollywood, where she is with RKO….Elaine has been dubbed “perfect model” by various magazines. She has done much modelling as well as acting. — The Decatur Herald, October 15, 1942 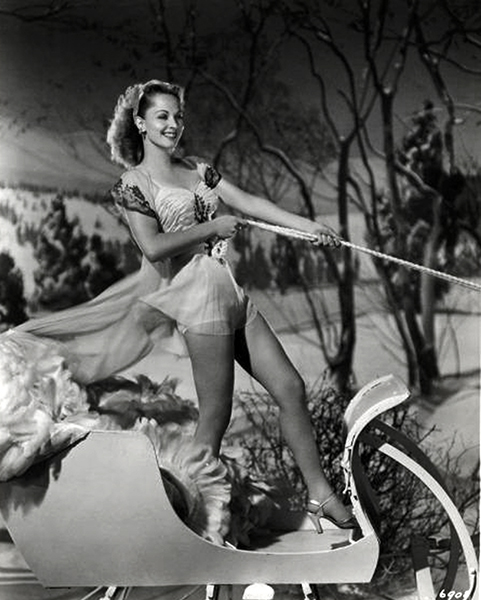 Blonde Does Battle Against Polar Ban

MARCH AIR FORCE BASE, Calif. (AP) – A vivacious blonde from New York City, frustrated in her attempt to join Operation Deep Freeze, plans to battle in Washington to reverse the decision.

Elaine Shepherd, who had hoped to become the first woman to set foot on the South Pole, arrived here last night aboard a C124 Globemaster from Christchurch, New Zealand.

She took off again in the same plane a short time later, bound for Donaldson AFB S.C. and – eventually – Washington. She declared she would take her case through channels.

Miss Shepherd, 34, who described herself as a freelance writer, ex-television entertainer and onetime actress, noted that the Russians have three women at Mirney, the Soviet base for the International Geophysical Year. She expressed the fear one of the Russian women might be taken to the South Pole – establishing another “first.”

NO ANSWER TO SPUTNIK

“I’m not the answer to Sputnik,” she said, “but I think it’s time somebody came up with something first in the United States.”

Miss Shepherd, in private life the wife of retired Air Force Col. George Hartman, arrived in New Zealand the night before Thanksgiving, having left Travis AFB, Calif. aboard a Globemaster on a “space available” basis.

She said the Air Force “did its darndest” to help her get to the South Pole. It was the Navy that balked.

She related that Capt. Trigger Hawks, director of naval operations for Operation Deep Freeze, told her in New Zealand that permission would have to be granted by Rear Adm. George Dufek, task force commander.

She quoted Adm. Dufek as replying: “There are no quarters available for women at the South Pole.”

“I would hate to think,” Miss Shepherd said “that Adm. Dufek is a misogynist,” she added:

“This is no scatterbrain idea of a female butterfly. I want to tell the story of what’s going on down there in a constructive way.

“Some woman is going to get to the South Pole some day. The Admiral can’t keep them out forever. The right woman at the South Pole could be a correct and stimulating influence on men doing an important job there during the International Geophysical Year.”

The lady journalist said that while she was in New Zealand she conducted a one-woman strike against the Navy, picketing with a sign which read: “The South Pole Needs a Powder Room.”

She said she formerly had her own TV program in New York City and had taken parts in the “Topper” movie series. She said she once played on Broadway in “Panama Hattie,” a production that starred Ethel Merman.

“A woman going to the South Pole would attract more attention than men journalists,” she said as she re-boarded the Globemaster.