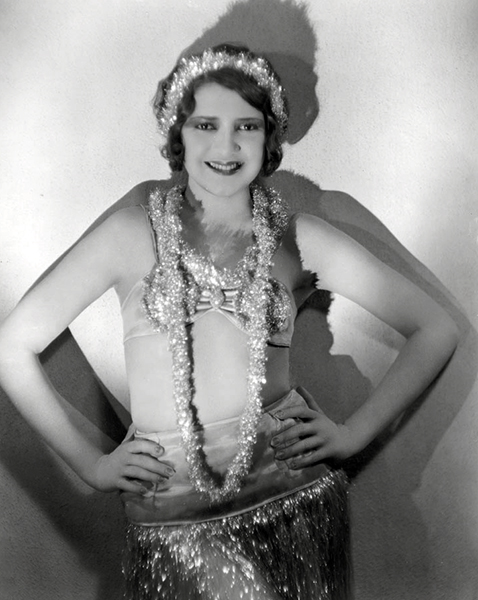 The phenomanal rise of Jola Mendez…from a “bit” player to leading woman is regarded as one of the most remarkable on the screen. “Not For Publication” is her second picture, her small part in the first one having so conclusively indicated the charm and talent of the youthful actress that she was at once elevated to stardom. — The Courier-Journal, November 20, 1927

Jola Mendez, who has the leading ingenue role in “Chicago After Midnight,” the Ralph Ince melodrama of the Windy City underworld, is a daughter of ex-President Castro of Venezuela. Exiled from her native land by a rival political faction, Miss Mendez came to New York City with her sister Lucilla and followed her to Hollywood, where she was given her first movie part in the Ince production, “Not for Publication.” Her outstanding work in this picture prompted Ince to give her a larger part in “Chicago After Midnight” and she is now considered star. Miss Mendez, incidentally, is Ince’s sister-in-law, the FBO director and star being the husband of her sister, Lucilla. — Daily Press, March 30, 1928