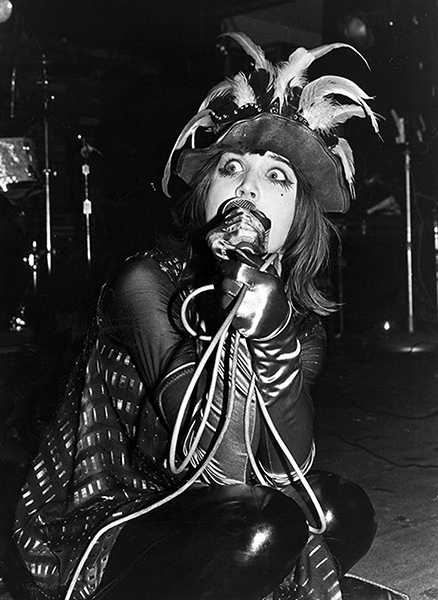 “I write about darkness and death. So many people close to me have died by suicide. Depression, anger, desperation have been a big part of my life. I write about what I know best. When I was writing I was exorcising demons. Unfortunately, I didn’t get rid of all of them.” — Inger Lorre

“I really did those naaasssstttyyyy things,” purrs Inger Lorre, the lead singer of the Nymphs, with a wicked gleam in her eye.

Because of those “nasty things,” Lorre has been nicknamed the Gross-Out Queen. In one widely reported incident, the 25-year-old ex-fashion model protested the reassignment of their record producer to Guns N’ Roses sessions by urinating on the desk of Geffen Records executive Tom Zutaut.

Then there’s the video for “Sad and Damned,” a single from the L.A. band’s debut album of tormented, brooding punk-metal songs. After drinking from a cup, Lorre is shown savoring a mouthful of maggots.

“They were clean, grown in a lab,” said Lorre…”They didn’t come from rotting meat or anything like that. I did it on a dare. Don’t dare me to do anything because I’m liable to do it.”