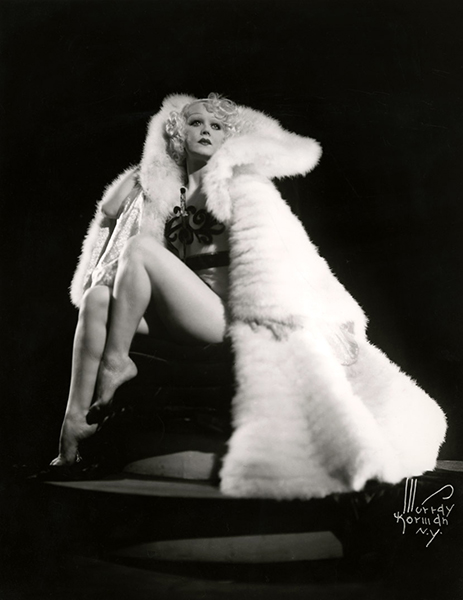 “I wouldn’t marry anybody I didn’t love, but it wouldn’t matter if he had money. In fact, money would count. Love doesn’t last long without it. A showgirl is accustomed to comfort, luxury and beautiful clothes.” — Marion Martin 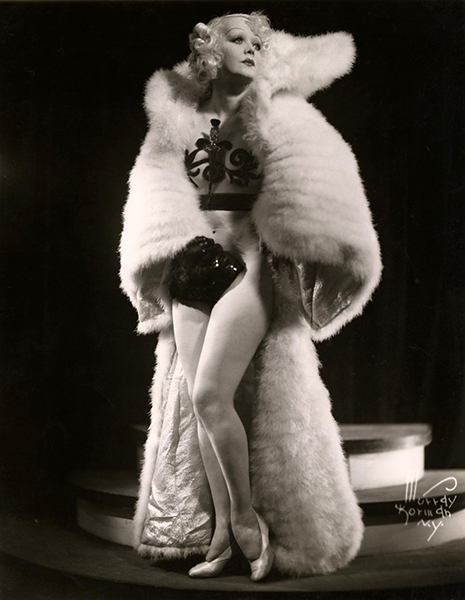 Marion Martin was a Broadway star turned film player who never quite made it.

Born Marion Suplee in Philadelphia in 1908, she grew up in a wealthy family. Her father was an executive with Bethlehem Steel and her mother was a magazine model with theatrical experience. Her parents, it seems, did not get along well, which probably explains why Marion was sent to Europe for her education. When she returned to the U.S. as a teenager, she had a slight British accent.

After her parents divorced, her mother raised Marion and her brother. According to newspapers, Marion was contemplating a career in the medical field when she happened to see a casting notice outside of the Earl Carroll Theater. Even though she was only 14 or 15 years old (depending on the source), she auditioned and was hired as a showgirl for $85/week.

Later, she left Earl Carroll for George White. She eventually caught the eye of Flo Ziegfeld, who lured her to his roster. As a Ziegfeld girl, she achieved fame in the Follies of 1933. However, this biographical info appears to conflict with another newspaper article that claimed that Marion Martin was working as a scantily clad chorine at the Hollywood Cabaret in Manhattan, where she spent approximately seven years. As queen of the showgirls, it was said that she went on stage “for approximately 180 seconds per night or 21 minutes per week,” while commanding a nice salary. During her New York years, her mother controlled her career, keeping young wealthy college males from pawing her until a man of real wealth came along.

Around 1937-38, she and her family moved to Los Angeles. She was signed by RKO as a new Jean Harlow. 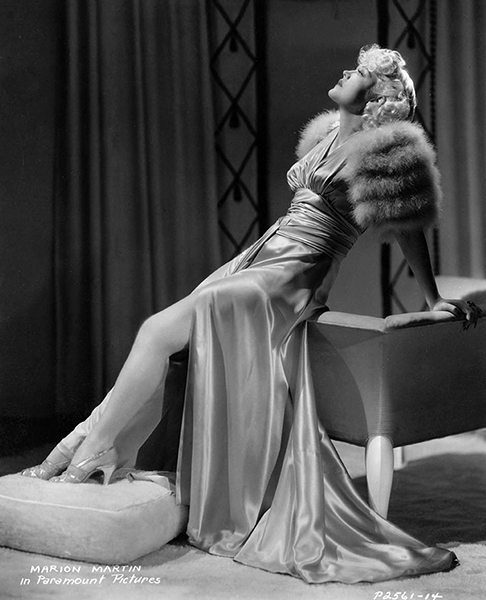 At first, publicists promoted her as “the most beautiful girl on Broadway,” claiming that Martin had been Ziegfeld’s last major discovery. She was described as standing just under 5’7″ and weighing 124 pounds, adding that she was “stream-lined, where it counts.”

Studio executives, however, never really felt she could act so they cast her in supporting roles as “the other woman.” She grew weary of this type of role and in 1939 she announced that she would no longer pose for risque photos “lest they hinder her dramatic career.” 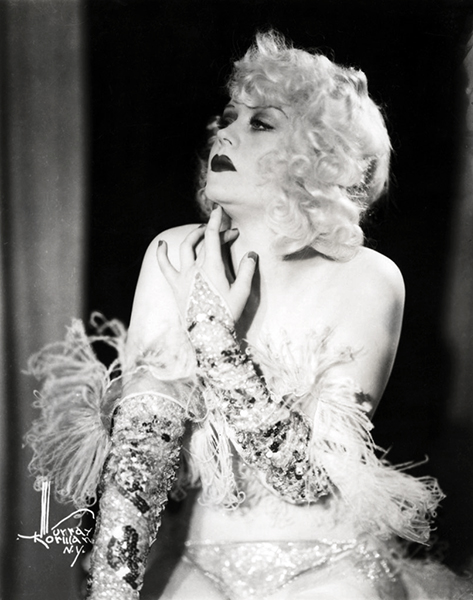 “This is my third ‘comeback’ — I’ve gone up and down in this business so often I’m developing a bounce!” — Marion Martin in 1941

By 1941, newspaper columnist Paul Harrison wrote: “If [Marion Martin] doesn’t attain stardom pretty soon, playing Harlowesque roles and making people forget about Mae West, somebody ought to send her specifications – written in Braille – to the producers around town. Either the executives are too nearly blind to tell a hip from a hooray, or they’re scared to experiment with a gal who doesn’t conform to the current style in emaciation.” Harrison added,“One of the things that probably has retarded Miss Martin’s get-along as a seductive glamorist is that she doesn’t live her roles. A proficient husband-snatcher on the screen, she never has married or even been involved in gossip-provoking romances.”

Martin was probably viewed as sexy, but dull and aloof. She rarely went to clubs. Instead, she spent her free time living on an 11-acre farm in Canoga Park with her mom, brother, “a crazy dog and five black cats.” She was also known to be smart, which might have worked against her.

She eventually married a physicist and gave up her screen career in the 1950s. On August 13, 1985, Marion Krzykoski (her name by marriage) passed away in Santa Monica.