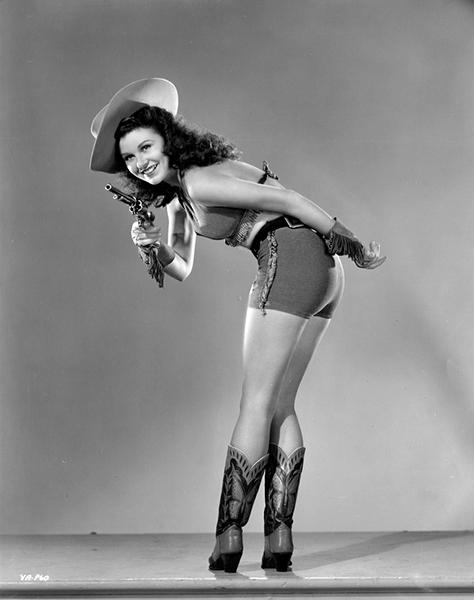 “Vivian was born in Hollywood, was graduated from Hollywood High School, loved in Hollywood, and acted in the Bliss-Hayden Miniature theater, also in Hollywood. They discovered that she was 22 years old, five feet, four, weighed 110 pounds and could do all kinds of dancing, tap, toe, ballet, acrobatic, ballroom and comedy.” — Des Moines Register, 1943.

“She was chosen by the Hollywood Chamber of Commerce as “Miss Hollywood” for four years, and by the Los Angeles Junior Chamber of Commerce as “Miss Los Angeles” for three years, prior to accepting a Universal screen contract. At one time she was an Earl Carroll girl…Movie and still cameramen got together in deciding to name Vivian Hollywood’s “most viewtiful brunette”…. In private life this pert and talented 22-year-old auburn haired charmer is the wife of Glenn B. Austin, wealthy Pacific Coast auto agency owner.” — The Atlanta Constitution, 1944.