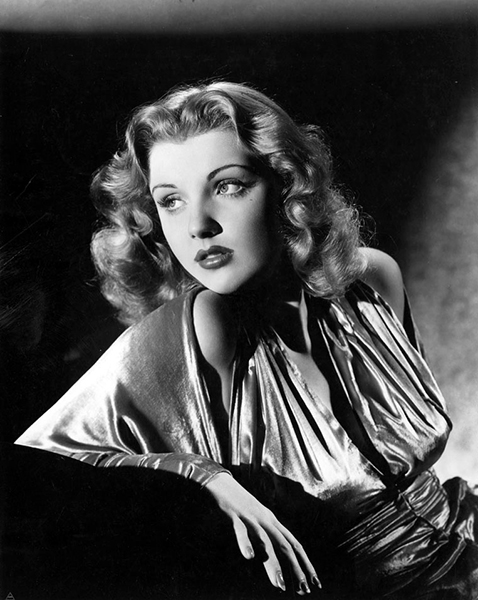 The stranger never forgot the beauty and charm of the young girl. This week his will revealed that he left her his $300,000 estate.

The former carhop’s benefactor was Anthony Ponce, 58, a recluse apricot grower, who died of a kidney ailment in Sunnyvale, last Sept. 15.

The carhop, who achieved fame for a brief period in the 1940s as actress Dolores Moran, was astonished.

Then he added: “All the rest of my real and personal property to Dolores Moran of Hollywood, Calif., formerly employed by Warner Bros.”

The apricot grower’s nieces and nephew – all married and of modest incomes – are contesting the will. Their attorney, Joseph Degioia, said yesterday:

“Mr. Ponce never mentioned Miss Moran. He just remembered her. He took a liking to her when she was a young girl when he dropped in at the drive-in for an occasional cup of coffee.

“He was a lonely gentleman. It appears he followed her career through the years. Yet, he never wrote her a fan letter, never sought her autograph. He carried the memory of her in his heart.”

The year Ponce had his fleeting acquaintance with Miss Moran, a talent scout also noticed the platinum-haired, blue-eyed school girl.

Dolores Moran signed a seven-year contract in 1942 with Warner Bros. Studio and publicists trumpeted the news that a new Jean Harlow had been discovered.

Miss Moran had star billings in “The Horn Blows At Midnight,” “Johnny One-Eye” and “Old Acquaintance.” Then she married producer Benedict E. Bogeaus and retired from the screen.

Bogeaus and Miss Moran, who were divorced four years ago, had one child, Brett, now 20. Bogeaus, who produced “The Bridge of San Luis Rey,” “Captain Kidd,” “Diary of a Chambermaid” and many other successful films, died last August.

Miss Moran lives in North Hollywood and is visiting her son at the University of London in England where he is a student.

Few in Sunnyvale knew Ponce who lived in an old house on his 10-acre orchard now surrounded by other houses.

“His apricot grove is the last large piece of property left on the south side of Sunnyvale,” said George Bonacich, a longtime friend of the recluse.

Max Fink, Miss Moran‘s attorney said he had no idea why Ponce left his apricot grove, valued at $300,000 to his client.