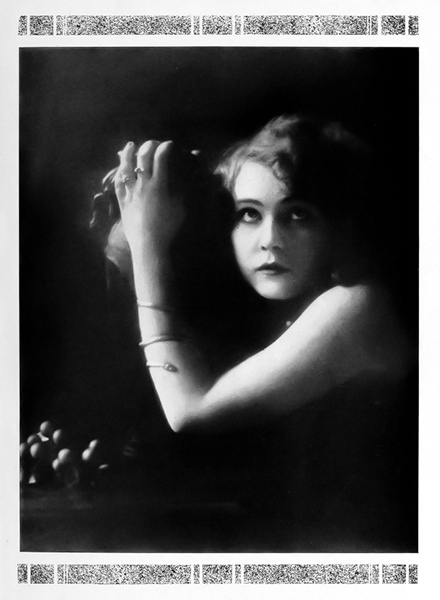 STAR COMEDIENNE CAUGHT IN A RAID.

Taken with Others on Charge of Violating Rooming-house Ordinance, but She Asserts Her Innocence and Authorities will Make Further Inquiry.

Miss Gibson was taken into custody at No. 432 1/2 Commercial street, where eleven others also were placed under arrest. They gave the names of Ruth Slauson, Pearl Young, Ralph Rodriguez, Robert Rodriguez, F. Costillo, S. Eshikawa, M.T. Hashimoto, C. Ito, T. Sonoda and I. Kanba. Ralph Rodriguez was charged with a felony, the charges against him being suspicion of keeping his wife in a disorderly house, and the others were booked on charges of vagrancy and violation of the rooming-house ordinance.

The arrest and charges against Miss Gibson grow out of her presence in a place the officers believed to be a house of ill fame. According to the police a young woman closely answering the film star’s description was known to enter the place regularly in the last few days.

Miss Gibson vehemently denied the charges and called her arrest ridiculous. According to her story, she met Pearl Young, whom she knew some time and with whom she had worked in pictures, and was invited to the house to see some “local color” and taste some Spanish dishes. She was in the room with Miss Young and Mrs. Rodriguez when the police broke into the house and placed them under arrest, she declared. After spending two hours in the City Jail, Miss Gibson was released on $250 bail.

The police are puzzled by the conflicting details and stories told by the different prisoners taken in the raid, and further investigation into the affair will be made, they say.

The second raid was made on a house at No. 444 1/2 Commerical street, where five prisoners, four of them men, were taken. Charges of vagrancy, rooming-house ordinance violation and possession of opium were made against them. 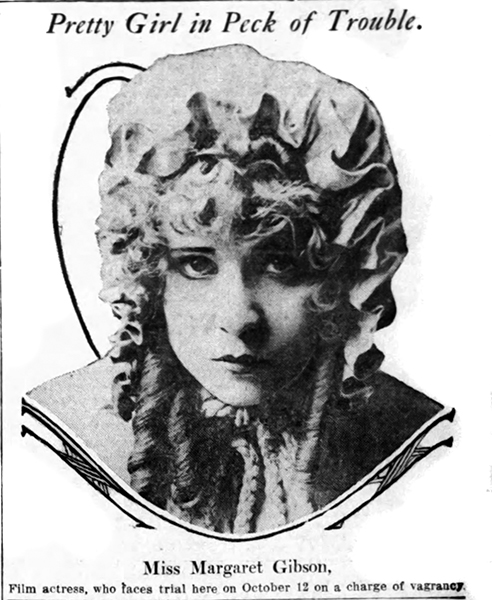 FORMER FILM STAR WILL BE TRIED AS A VAGRANT

She and three other women were arrested Saturday evening after two houses…had been under surveillance for several days. According to the police, no less than seventy-one Japanese entered the two buildings in three hours Saturday afternoon a week ago.

Joe Peppa, said to be an opium smuggler and well known to the police, was arrested yesterday and taken before Police Judge White by Officers Trebilcock and Douglas. He was remanded to jail in default of $250 bail. He also is charged with lewdness, and the police suspect him of having some connection with Miss Gibson‘s case. He will be tried October 27.

S. Echikima, M.T. Hashimoto, T. Sondad and K. Fugi, Japanese, arrested in the Commercial-street raid, pleaded guilty to resorting to a house of ill fame and were fined $25 each by Justice White yesterday.

Miss Pearl Young and Miss Ruth Slauson, also arrested in the raid, were held for trial before Police Judge Chesebro in the women’s court. Miss Young will be tried September 30 and Miss Slauson September 29.

Lola Rieves, also arrested in the raid, was charged with conducting a disorderly house. She pleaded not guilty and asked for a jury trial, which will be given her September 25. Robert Rodriguez, charged with vagrancy, will be tried September 29, as will E. Nodena and Manuel Vega, similarly charged.

Complaints charging Ralph and Frank Rodriguez with keeping their wives in disorderly houses probably will be sworn to by the arresting officers today. 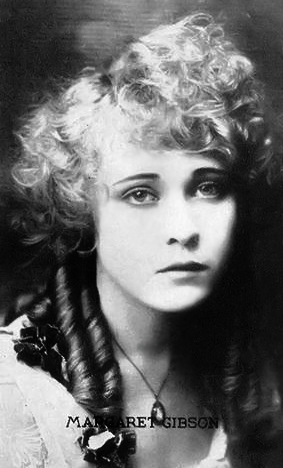 “Miss Gardner, if you don’t sit down immediately and proceed with the cross-examination of the witness, I shall fine you for contempt of court!”

The young woman stood firm and resolute, with her hands on her hips for a breathless twenty seconds, and then she dropped into her chair. The judge issued his ultimatum after having cautioned Miss Gardner against further attempts to establish the charge that No. 432 1/2 Commerical street is a house of ill-repute and after having warned her to not stand and smile at him.

A surprise was thrown into the defense when the prosecuting attorney introduced as a witness Miss Ruth Slauson, whom Police Judge White had sentenced to ninety days in jail for having frequented the house in which Miss Gibson was arrested. When Miss Slauson took the stand, petite and tearful, she had considerable trouble in finding her voice. She broke down and wept so copiously that she was excused from the stand after Frank Dominguez [Gibson‘s attorney] had severely arraigned her in an effort to impeach her testimony. He succeeded in getting her to admit that she testified against herself and Miss Gibson yesterday in spite of the fact that at her own trial she had said, he alleged, that she never had committed an immoral act at the house in question and didn’t know of anybody who did.

Yesterday, however, she said she saw Miss Gibson in the hall fo the rooming-house at the Commerical street address on August 25. This is a part of her story:

Attorney Dominquez attempted to impeach the testimony of Officer E. Trebilcock. The latter said that on the night of the raid she saw Margaret Gibson in the left hall, wearing a loose house apron, the kind of which was quite low and the bottom of which dropped scarce below her knees. She said she told Officer Allison she was a picture player seeking local color, and that she begged to be turned loose because she had been there that one time. He said she reached over and tried to kiss Allison. Officer Trebilcock said that Miss Gibson…also tried to kiss him while the landlord, Pearl Young, Ruth Slauson and others were in the room, and he told her to go away and not attempt to “love him up.”

L.E. Larronde, who occupied the house at No. 443 Commercial street believed he had seen Miss Gibson enter the house ten or fifteen different times.

Miss Gibson appeared in the courtroom yesterday with her mother and a young man of about her own age. During intermissions she was the center of a bevy of young women. The trial is largely attended.

LOS ANGELES, September 20 – Margaret Gibson…who has figured the past few days in the most sensational “vagrancy” case in local court annals, is free today, acquitted by a jury on which half a dozen women sat. Miss Gibson was caught in a police raid on a questionable Japanes house. She defended her presence there under the plea of “art.”