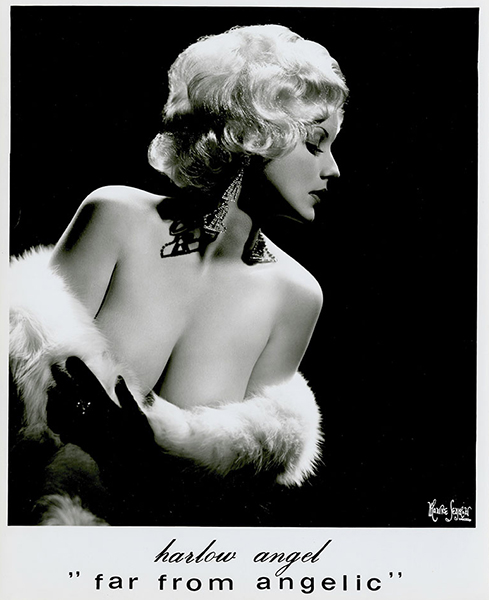 Harlow Angel (Margaret Noel McKennzy, 25, of 731 Elain Drive), has danced in Schulman’s new lounge at intervels since he opened it three years ago. She was arrested with Schulman Christmas Eve and charged with committing lewd acts.

Looking like something out of the 1930s, Harlow Angel followed Miss Connie, wearing a long white evening dress which – with a few gyrations to “Aquarius” – became a cape she held like a matador in front of glittering black garter belt and pasties.

A FEW KICKS and shakes and only a G-string, pasties, black stockings and Harlow Angel are bouncing up and down on a couch in the middle of the stage.

But some patrons said they liked her artistic talents better when they were more visible – before the vice squad raid. She ended Saturday’s show still wearing the pasties and tiny G-string.

“I have never had any problems with the law before,” she said after the show. “I always do a clean act.”