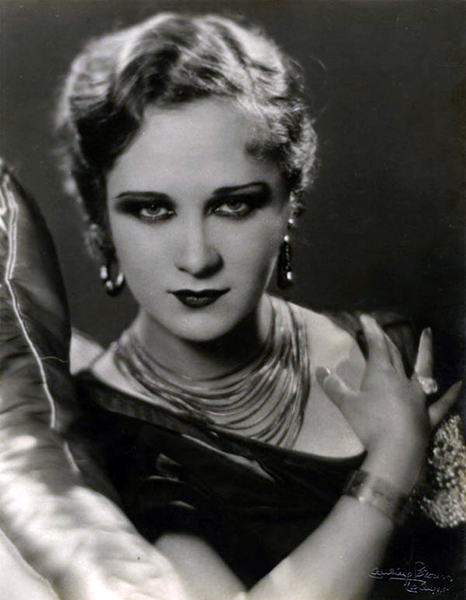 Los Angeles Times (Jan. 29, 1957) —  Helene Costello, 53, once a $3,000-a-week star of the silent screen, died Saturday night in Patton State Hospital [in San Bernardino County] where she had been committed for narcotics addiction.

Requiem Mass for the one-time screen beauty, the daughter of Matinee Idol Maurice Costello and the sister of Dolores Costello Barrymore, will be celebrated at 9:15 a.m. tomorrow in Calvary Mausoleum Chapel, followed by private interment in the family plot. 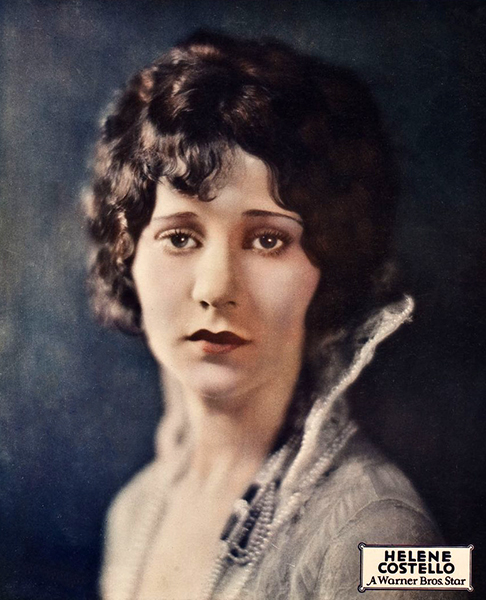 Doctors at the hospital gave pneumonia as the cause of death. With her when she died was her sister Dolores, also a great film star.

Helene Costello‘s life faded into obscurity after her brief but brilliant career on the screen. In recent years, she had been the victim of illness, divorce, and financial worries. In 1947, she termed herself “destitute” in Superior Court in asking support from her fourth husband, Artist George Lee LeBlanc.

Psychiatric records show that the actress was committed to Patton State Hospital for narcotics addiction on Jan. 23 under the name of Adrienne Costello.

The actress was born in New York City and began her professional career in Hollywood in 1927 as a Wampus Baby Star. At the time, her father was a ranking romantic star of both motion pictures and the stage and her blond sister was a rising star of films.

In the next few years, Helene appeared as a leading lady in a number of films, several of them co-starred with John Barrymore who later was the husband of her sister Dolores. 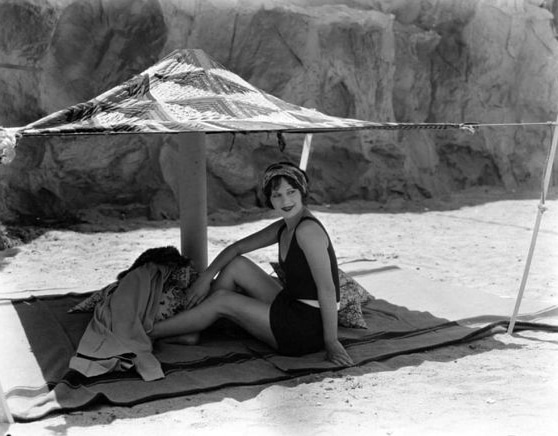 The fragile beauty was dogged by illness from almost the beginning of her career but for a few years, she was the center of a gay age in films. She was four times married and divorced – to John Reagan, Actor Lowell Sherman, Cuban Sportsman Arturo de Barrio and LeBlanc. 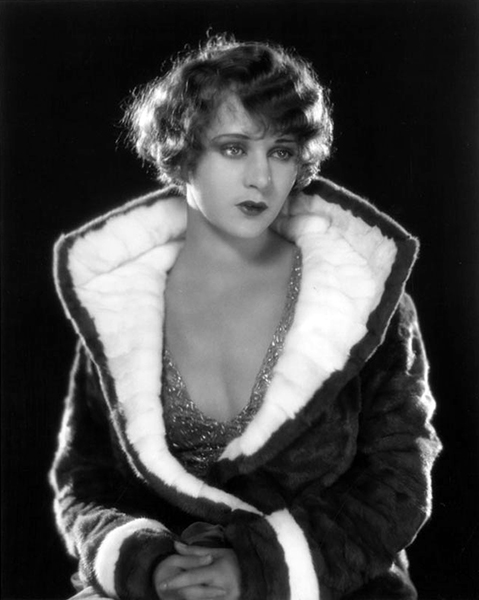 In 1938 she was admitted to Good Samaritan Hospital, suffering from a chest ailment which later developed into tuberculosis. She spent three years in a private sanitarium after a chest operation and was dismissed as cured.

In 1942, she filed bankruptcy proceedings and later for a time lived in the Motion Picture Country Home.

Domestic happiness always eluded her. Each of her marriages was a stormy and bitter experience.

She engaged in a long court fight with her fourth husband over the custody of their daughter Diedre. Eventually, custody of the child was given to her sister.

Too Sick to Work

In 1947, she again entered the court to ask support from LeBlanc. She said that she was “destitute” and that her clothes had been given to her by motion picture charities.

She was too ill to work, she said, although she occasionally picked up extra work at one of the film studios where she had once been a star. She also worked briefly as a reader in the 20th Century-Fox story department.

A lifelong friend said yesterday that there were “many honest and good reasons behind everything Helene ever did.”

“I knew her,” said the friend, “as a talented, impulsive human being, wanting love and understanding more than anything else in life – but receiving very little of either.”

The friend talked of a quotation from a play Helene Costello starred in at the old Vine St. (now the Huntington Hartford) Theater.

“The quotation was something about ‘the thirst for a wilder beauty than earth supplies.’ That characterized Helene. She wanted from the world something better than she ever got.”

Funeral arrangements were made by her sister Dolores through Cunningham & O’Connor Mortuary.