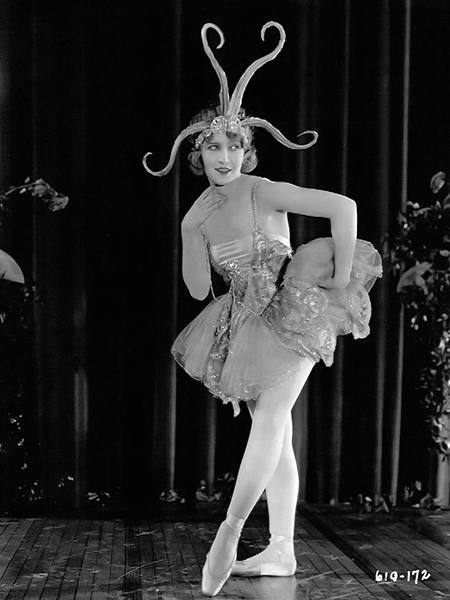 When Miss Eaton was first engaged by Mr. Ziegfeld for the Follies of 1921, she was known primarily as a dancer. Mr. Ziegfeld, however, realized that she was worthy of better things and in last year’s Follies he gave her several numbers for both singing and speaking lines.

As a matter of fact, Miss Eaton won success as a child actress long before she became famous as a dancer. She was born in Norfolk, Va., just twenty years ago. Her father was employed on one of the Norfolk newspapers. When she was seven years old her father received an offer to join the staff of the Washington Post and he moved his family to that city. Mary was just eleven years old and attending school in Washington when …[s]he was engaged for child parts.

In 1918, Mary Eaton went to New York seeking a stage career. She joined George M. Cohan‘s production, “Going Up.” Later, in “The Royal Vagabond,” Miss Eaton made her debut as solo dancer. When her season with Mr. Cohan expired she was engaged by Mr. Ziegfeld to join the Follies of 1921, and contributed largely to the success of that production. In June 1922, Mr. Ziegfeld brought Miss Eaton forward in the Follies even more prominently than ever before and her singing and dancing won her many admirers….