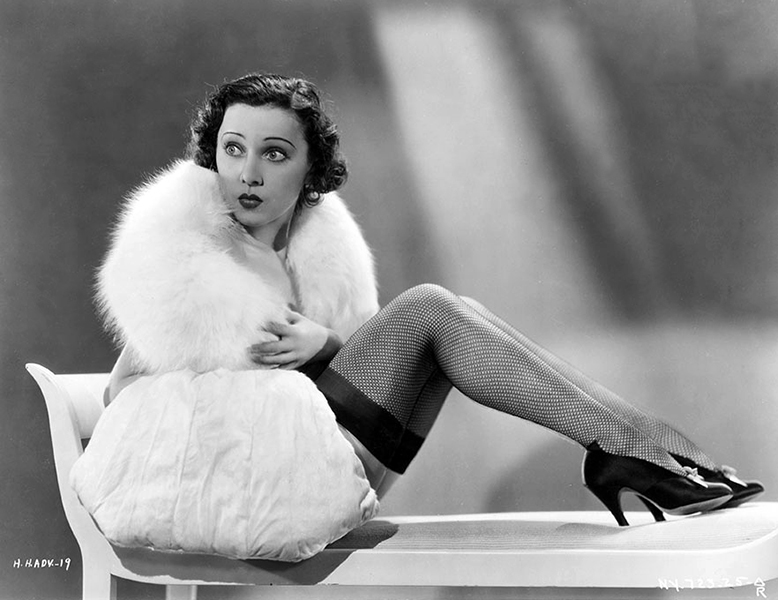 Tiniest Actress In Movies Is Proud Title of Marion Byron

If you can’t be the biggest actress in pictures, the next best distinction is to the smallest. And that’s the disctinction which Marion Byron holds.

Marion – “Peanuts,” she is called by her friends – is so tiny that she hasn’t even any competition. In fact it was her stature which gained her the nickname which she has been unable to shake. It was while she was playing on the stage with Fanny Brice about three years ago that she was bubbed “Peanuts” and “Peanuts” she has been ever since.

Perhaps you already have heard of Marion, but in case you haven’t you are about to soon. She has played imortant roles in four productions, “Song of the West,” “So Long Letty,” “Forward Pass” and “Golden Dawn,” during the last three months. None of these pictures has yet been released. However, Miss Byron will skyrocket to a high rung on the cinema ladder

Started as a Comedienne

Marion started her career as a comedienne on the Hal Roach lot a little over two years ago. And she still is a comedienne, although she has proved her ability to be dramatic whenever the script calls for such scenes.

“I think dramatic roles are much easier to play than comedy scenes,” Marion told me. “It’s easy to shed a few tears and make them convincing even though you don’t feel like crying. But nothing falls flatter than an attempt to be funnt when you aren’t in the proper mood.”

When not made up for work, “Peanuts” resembles a pretty high school girl far more than she does a successful screen actress. And she has her inseperable chum, Harriet Lake, just as all high school girls have their chums. Whenever you see one of the girls, it’s a certaintly that the other isn’t far off.

“How do you spend your time when you aren’t working?” I asked.

“In a beauty partlor,” the girl promptly answered. “And I have been working so hard recently that I only have time to get there once every two or three weeks. As a rule, when we do a day off Harriet and I have so much to do that we don’t know where to start, so don’t do anything.”

“No I don’t care much for sports – except dancing. I never go swimming because I am scared to death of water. I was living in Dayton, Ohion, during the big flood there and ever since that I have been afraid of water. My principal amusements aside from dancing are reading and playing poker.”

She Likes To Joke

Marion‘s one fault – or maybe it’s a virtue – is that she seldom gets serious. An example of the way her mind runs can be found in the biographical form she filled out at the First National studio when she was working there.

Here are a few of the questions and her answers:

How did you get your first screen opportunity? By mistage.

What special aversions have you? Working nights and producers who say I’m too short.