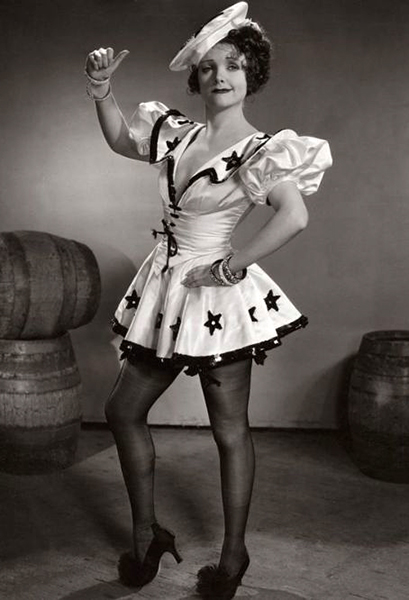 Whenever you see Pert Kelton in a motion pciture, remember her as one who is in the movies merely to keep busy. This blond actress – yes, she actually was christened Pert – could sit back and do nothing for the rest of her life if she so desired, being half owner of one of Hollywood’s largest apartment buildings, which she manages herself. But Pert doesn’t want to do that. She wants a career as well as money.

Several years ago, Miss Kelton came to Hollywood to play in a stage production. She was a hit and one engagement followed another in rapid succession. She knew that things couldn’t go on that way forever so she made up her mind to prepare for the depression. She saved her money, invested wisely and made more money. Then she had an opportunity to buy half interest in a large apartment building.

“This is a chance of at least being sure of a place to live,” thought the girl. She she plunged. And now she not only doesn’t have to pay rent but hsa a nice income regardless of whether she workds or not.

We hadn’t seen Pert for a couple of years until the other day, when we humped into her on the Mack Sennett lot.

“Yes,” the apartment still is paying dividends but I got tired of sitting around so I am working again,” she replied to our query. “I’m having a lot of fun, too.” — Dan Thomas in 1931