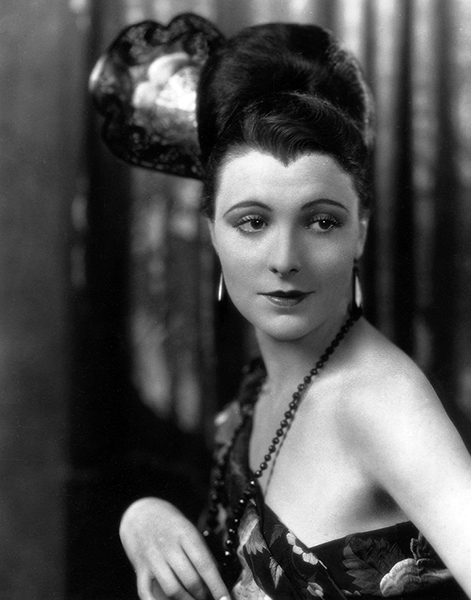 Iris Stuart, whose recent selection as a Wampas baby star was regarded as placing her at the threshold of stardon, is facing the prospect of a long exile from the camera. Miss Stuart, who is under the care of physicians, may have to remain inactive for a considerable period, perhaps as long as a year, to conserve her failing health, it was reported yesterday.

The actress has been in the films for only six months. She was brough here under contract by Famous Players-Lasky. Shortly after completing her latest picture, in which she was featured with a well-known player [Raymond Griffith], she was taken ill. A none-too-strong constitution, it was said, was weakened by work and nervous strain. She arose from a sick bed to appear with her sister Wampas stars at a recent ball.

Several physicians attending Miss Stuart agree, it was stated, that care and a long period of inactivity will result in her regaining health. Continued appearance before the camera, they have warned her, will cause serious injury. Plans are under way to send her to a sanatorium in Southern California.

Dr. H.J. Strathearn, physician for Famous Players-Lasky, yesterday, informed B.P. Schulberg, general manager of the company, that he would recommend her immediate retirement to a sanitarium.

“Nothing is definite yet,” Miss Stuart said last night. “They may relent and let me off with a short rest. If they won’t do that, then I, must just make the best of my ill luck.”

No decision has been made regarding the disposition of Miss Stuart‘s contract, which has several years to run. It is believed the company will keep her on contract in the hope she will soon recover.

Miss Stuart formerly was an artists’ model in New York, being especially known for the beauty of her hands.

Stuart did not check into a sanitarium. Instead, she stayed with an aunt in Cooperstown, New York. A couple of months into her rest period, she contracted pneumonia and nearly died. Once she recuperated, she returned to Los Angeles against her family’s wishes. But she didn’t stay in Los Angeles long. In January 1928, she secretly married Bert A. Mackinnon, a wealthy New York magazine publisher, in Las Vegas. Her surprise marriage appeared to have coincided with Famous Players-Lasky releasing her from contract. Stuart quietly retired from the screen and died in 1936 from tuberculosis.