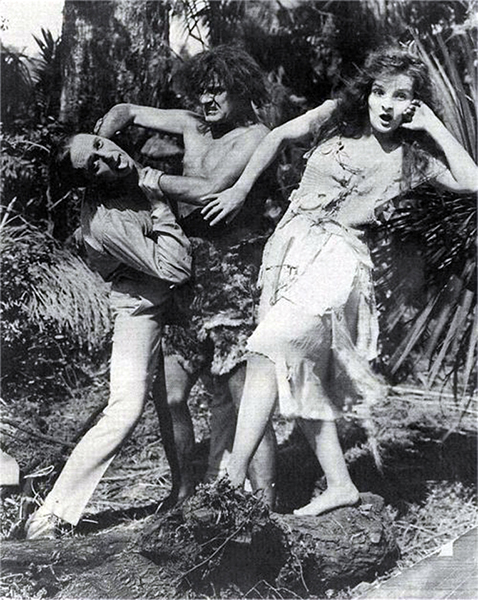 Karla Schramm (February 1, 1891 – January 17, 1980) was an early silent film player on the West Coast. During her early childhood, she lived with her family in Portland, Oregon. When she was was around nine years old, she and her older sister Paloma toured the U.S. and Alaska as musical prodigies, giving piano recitals. Paloma receiving top billing. The act went on for several years until the girls were in their teens.

In 1914, Paloma married a chemical engineer in Los Angeles and retired from performing. Karla, on the other hand, pursued a career in motion pictures. She appeared in a small role in D.W. Griffith‘s Broken Blossoms (1919). This led to her being cast as “Jane” in the 1920 production The Revenge of Tarzan opposite Gene Pollar. Later that same year, she reprised the Jane role in the movie serial The Son of Tarzan, this time opposite P. Dempsey Tabler. She then dropped from sight.

As far as I can tell, Karla Schramm never married and by 1930, she had listed her occupation as a musician.