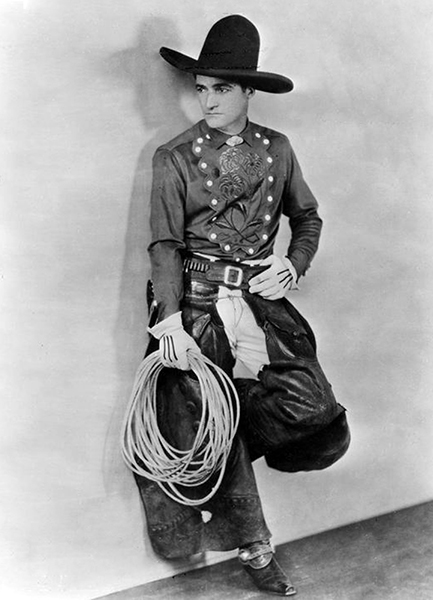 “You know, the more money a cowboy has, the bigger his hat. Mexicans, too. They think nothing of spending $5,000 for a suit. I’ve seen Mexicans wearing $20 gold pieces on the heels of their shoes. Cowboys, of course, don’t go in for that. You may not believe it, but the best dressed cowboys come from Indian Territory and Oklahoma. Why, those fellows are regular dudes. Yet they’re the best ropers in the world. I remember one time down in Oklahoma at a rodeo. there were 27 of us in a roping contest and every man roped his steer in less than a minute.” — Tom Mix 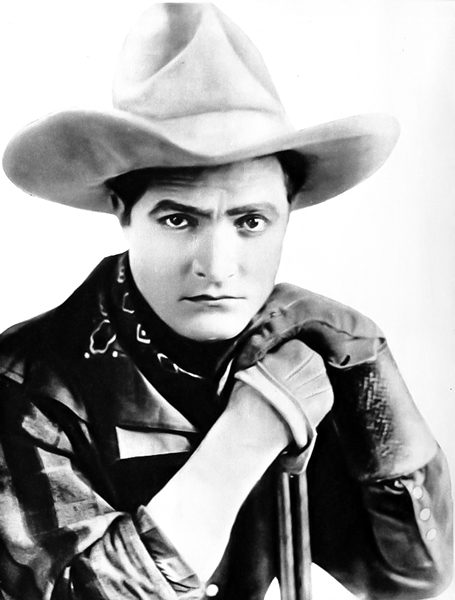 “There are many young people in high schools and colleges, who refuse to listen to teachers and parents, but who are quick to learn lessons of either good or bad from the movies. In order to help out my young friends I have made it a point never to smoke, drink nor gamble in my pictures.” — Tom Mix 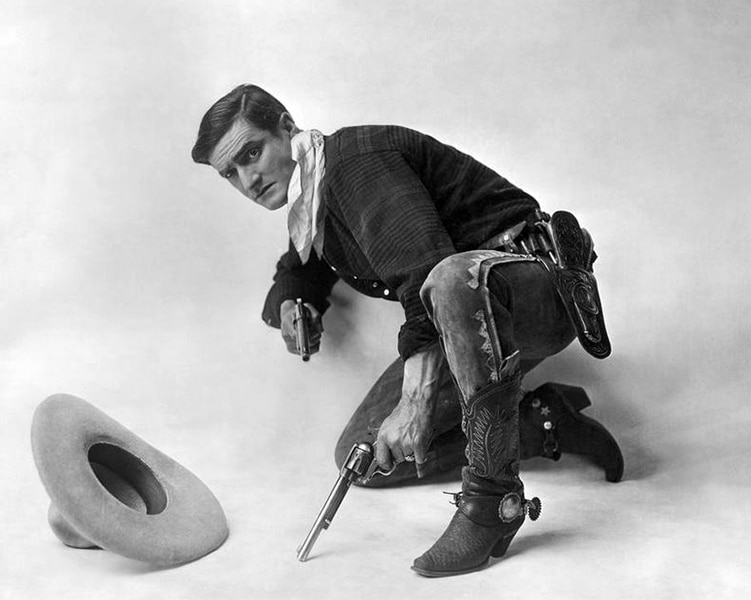 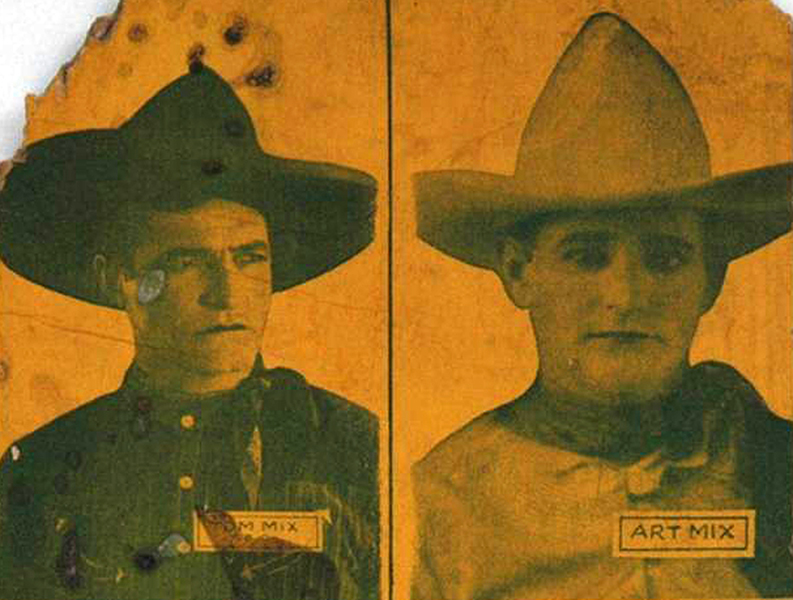 Shhhh…here is another extremely rare piece of Hollywood history that even the die hard historians may not know.

I was able to help a Western historian piece together a little information about the mysterious Victor Adamson, considered by some to be the Ed Wood, Jr., of the 1920s and 1930s.

Victor created a screen hero named Art Mix, who rode the range in a number of very cheap, westerns. Many people played Art Mix, including Adamson, who also acted under the name Denver Dixon.

The use of the name Art Mix eventually angered Tom Mix and the Fox Studios, who sued Adamson for using Tom Mix’s name and screen persona without permission. So you know what Adamson allegedly did? As the story goes, he searched for a real person named Art Mix and hired him for the movies. Err–uh–Fox’s attorneys didn’t know what to do. 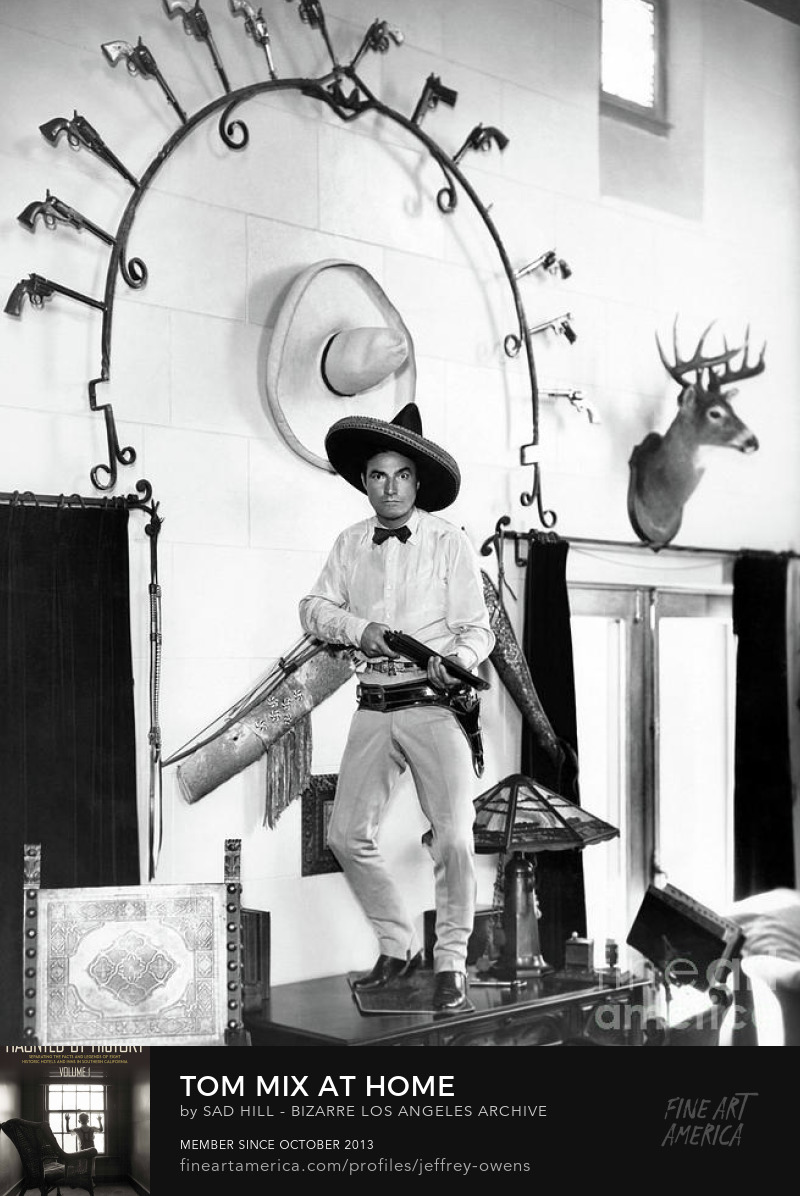 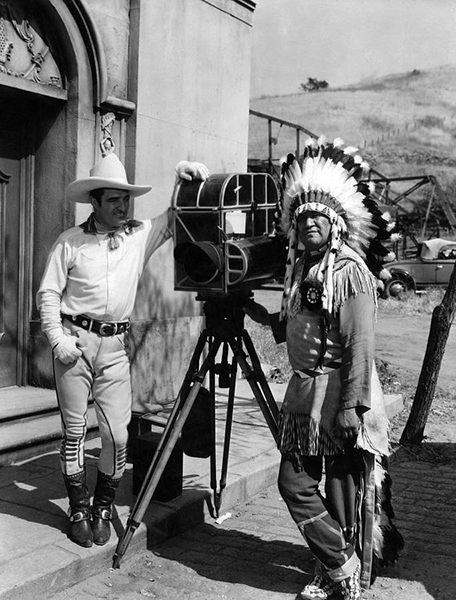 “We have been calling our pictures the silent drama for many years. Now, at last, thanks to talking pictures, we stars are really going to get a little silent drama. Heretofore, everyone on the set has talked, from the director to the electricians, with the star trying to act in competition with all this conversation. Now the star will have a chance to talk for the microphone and the others will have to keep quiet. As for the megaphone that belongs to the director: he can use it now for a stool. The megaphoning days are over.” – Tom Mix

The man on the right is Jim Thorpe. 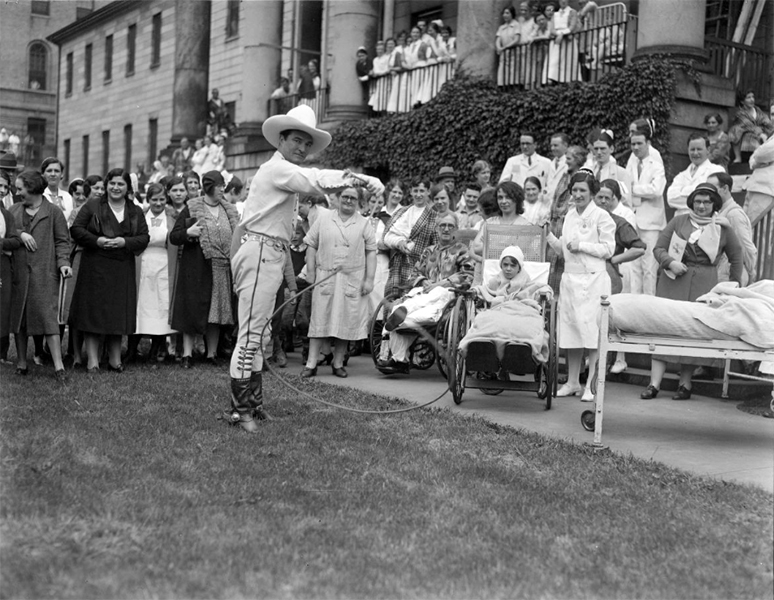 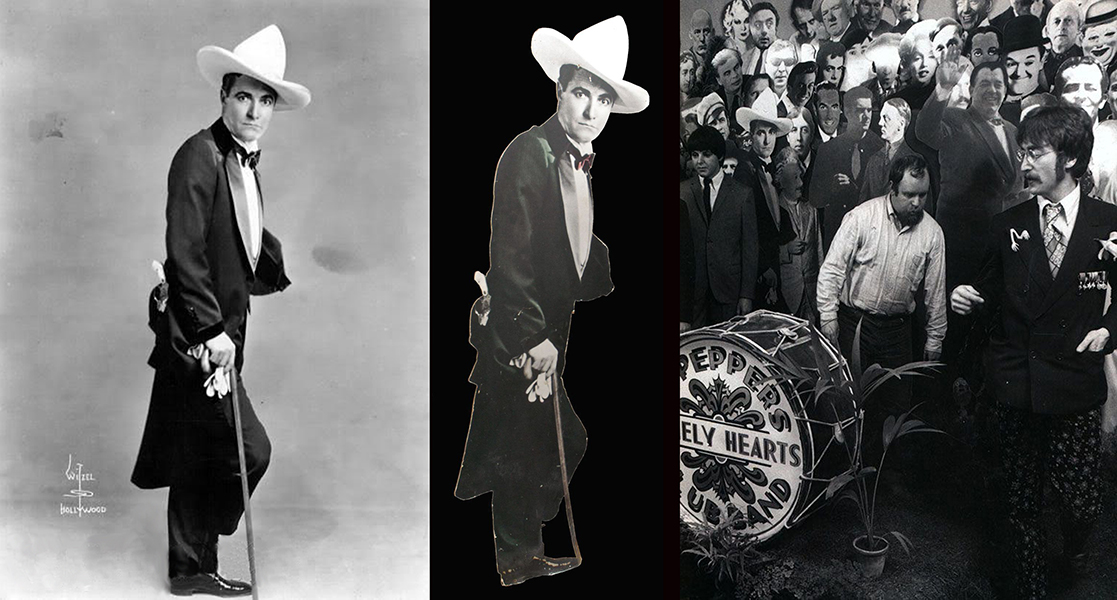 Cowboy star Tom Mix is one of the surviving cut-outs used for the Beatles‘ Sgt. Pepper’s Lonely Hearts Club Band album cover. It still existed as late as 2005, when it sold at auction. Here is the original photo by Witzel (far left), the hand-tinted cut-out used for the album cover (middle), and, lastly, its placement within the album cover’s collage (right).