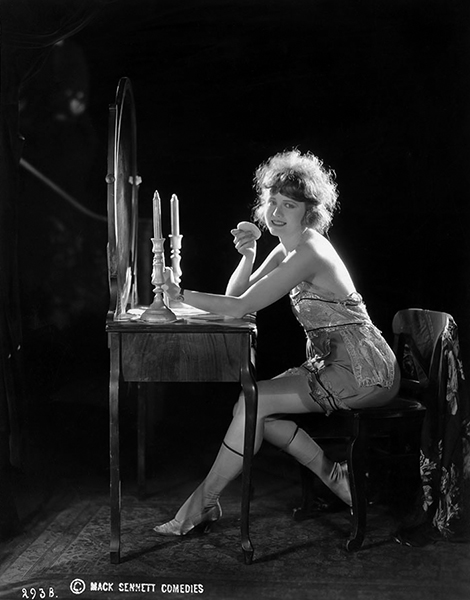 New York, August 6, 1922 – (Central Press) – Beauty – of the feminine variety – is coming higher these days, at least in the estimation of its possessors.

In fact the latest quotation on one fair face, including a more or less liberal allowance of beauty, according to your own opinion, is $118,500.50.

No one has actually bid that much – the fifty cents probably is for war tax – but Harriet Hammond, movie actress, demands it.

Harriet used to be one of the flashiest of Mack Sennett‘s beach flappers for which she drew down the modest weekly stipend of $1,000.

Then Harriet felt the call to the higher art. Flappering at $1,000 a week in the bathing suit was all to the berries with Harriet, but she aspired to the “drammer.”

A dynamite explosion was to play an important part in a Fox production. And the explosion as explosions often do, went off a bit prematurely.

When the smoke cleared away Harriet‘s beauty was marred, so she charges in her suit for $118,500 against the Fox Film Corp.

In further support of her claim that her beauty was worth just $118,500 lless after the explosion than it was before, she charges that she could no longer continue on the job with Mack Sennett for $1,000 per.

So now it’s up to a jury to decide whether Harriet is attempting to profiteer a wee bit in asking $118,500 for her allowance of beauty or whether it was worth that much to her.