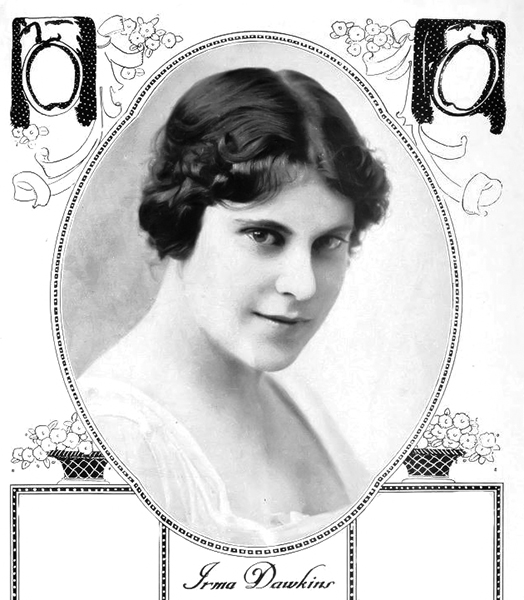 Irma Dawkins was a silent film leading lady of the 1910s. She first made big headlines in 1912 when she danced as a Spanish senorita for the Kirmess, a society show in Knoxville, Tennessee.  She also became its ballroom Queen. Two years later, she entered films and made her film debut with Biograph in A Better Understanding (1914).

Although she eventually became a leading lady, she was never a top tier star nor was she promoted as such. However, the folks in Knoxville thought she was.  Her best year was in 1915.

After leaving Biograph in 1916, she moved back to Knoxville, where she died in 1972.

error: Content is protected !!
Manage Cookie Consent
To provide the best experiences, we use technologies like cookies to store and/or access device information. Consenting to these technologies will allow us to process data such as browsing behavior or unique IDs on this site. Not consenting or withdrawing consent, may adversely affect certain features and functions.