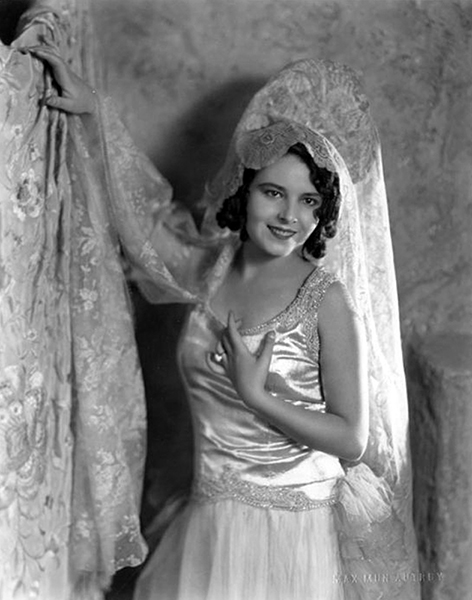 The Mexican film legend was the mother of ‘Imitation of Life’ star Susan Kohner and grandmother of screenwriters Chris and Paul Weitz.

Lupita Tovar, the Mexican actress who starred in the 1931 Spanish-language version of Dracula that was shot concurrently with the famed Bela Lugosi version, has died. She was 106.

Lupita Tovar’s daughter is Susan Kohner, who earned an Oscar nomination for portraying the young woman who rejects her black mother (Juanita Moore) and tries to pass herself off as white in the 1959 Douglas Sirk melodrama Imitation of Life.

Other survivors include her grandchildren Chris Weitz and Paul Weitz, Kohner’s sons, who shared an Oscar screenplay nomination for About a Boy (2002).

Before the advent of sound in the movies, studios could just change the language of the intertitles to get their message across to overseas audiences. But when the talkies arrived, many elected to shoot new foreign-language versions.

For the Spanish-language Dracula (produced by Tovar’s future husband), Universal employed a different director, actors and crew to work at night on the same sets (and in the same costumes) that were used during the day for the English version of the Bram Stoker classic that made Lugosi a legend.

“This was very, very difficult because I always needed my sleep — 10 hours. It was a complete change because I had to sleep in the daytime,” Tovar said in Michael G. Ankerich’s 2011 book The Sound of Silence. “I was actually frightened by the sets. I would go to work about an hour early and sit there and try to concentrate. It was very dark and scary. We had our dinner at midnight. We left in the morning before the English cast came in.”

The National Film Registry of the Library of Congress in December included her Dracula on its list of “culturally, historically or aesthetically” significant motion pictures.

Lupita returned to Mexico to great acclaim to star in Santa (1932), her country’s first talking film, and later appeared in The Invader (1936) opposite Buster Keaton, Blockade (1938) with Henry Fonda, South of the Border (1939) with Gene Autry and The Westerner (1940) with Gary Cooper.

She pretty much exited show business in the mid-1940s, preferring to raise a family.

Tovar was born on July 27, 1910, in the town of Matias Romero in the southern end of Mexico. Her father was Mexican and her mother Irish. A dark-haired beauty, she excelled at gymnastics and dance in school and was offered a contract at Fox after she was spotted by Hollywood director and producer Robert J. Flaherty.

Tovar’s father didn’t want her to leave home but changed his mind in part after receiving a letter from the Mexican Consulate in Los Angeles saying that it would be a great opportunity for a young woman to come to the U.S. to represent her country.

She then appeared in several silent films and in The Veiled Woman (1929) opposite Lugosi.

Her son, Pancho Kohner, wrote, directed and produced The Bridge in the Jungle (1971) starring Huston and produced several films toplined by Bronson, including St. Ives (1976), Love and Bullets (1979) and Death Wish 4: The Crackdown (1987).

In 1982, Tovar was honored with a Mexican stamp that bore her image, and in 2001, she received the Life Achievement Award from the Academy of Arts and Sciences in Mexico.