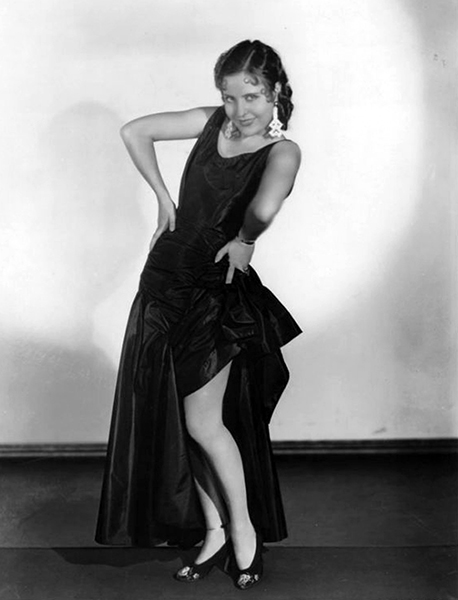 “‘Mata’ in my language means ‘to kill.’ If someone should mispronounce, it would be veree bad luck.” – Maria Alba (real name: Maria Casajuana), expressing her unhappiness with Fox Studio’s attempt to rename her “Marta.”

She was a stenographer from Barcelona who was signed by Fox in 1927 after winning a beauty contest. However, Fox had problems naming her. First, after appearing under her real name in a bit role in A Girl in Every Port, the studio tried changing her last name to ‘Casawanna,’ but obviously, that didn’t fly. Next, the studio changed her name to “Marta Alba” (while she was out of the country and unaware of the name change at the time.) She protested the new name after returning back to Hollywood. Finally, Fox and Casajuana settled on the name Maria Alba.