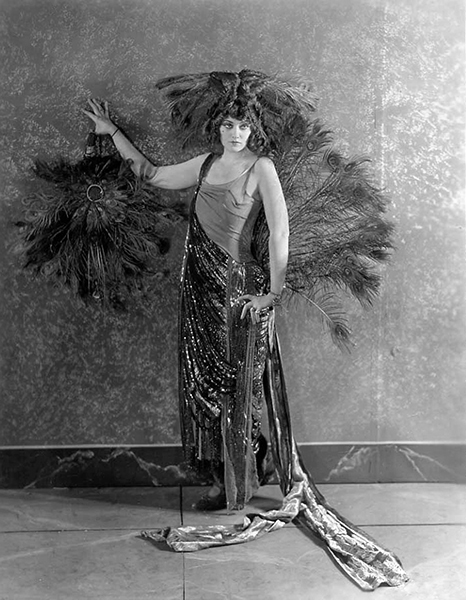 “I used to be called ‘the girl who never had a chance.'” — Eve Southern 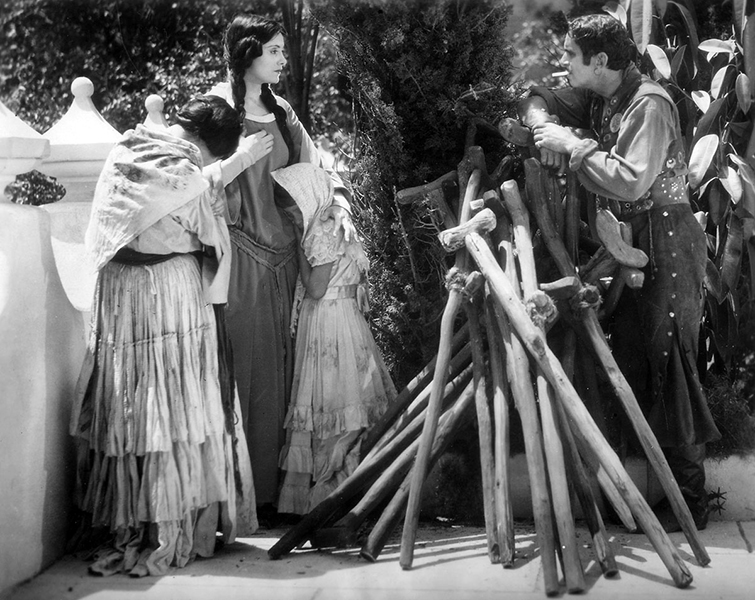 Douglas Fairbanks is making a story of a South American cowboy, the gaucho being the picturesque name for his character. The plot calls for two leading ladies, one to portray the spiritual influence over the star and the other to give a wildfire, untamed, jealous and passionate daughter of the tropics to the screen.

As soon as the announcement of the story was made, the gates of Doug‘s studio were stormed by every kind of girl.

“I’m awful spiritual-looking,” they would say, appearing with nunlike head-dresses or lilies in their hands, or

“If he wants a vamp, I’m it!” they insisted, wrapping themselves in Spanish shawls and virtually nothing else.

If they seemed to have promise, tests were made – tests with Doug himself occasionally – but the results viewed in the projection room at Pickfair were greeted with sighs.

The sort of girl who would have done very nicely was already a star in her own right or tied up on long-term contract with a schedule of pictures ahead making her unavailable.

One day, Edwin Carewe, producer and director, strolled in to see Doug about a small matter of business.

“Stay to lunch with me,” invited Doug.

“Can’t. Got to see a test of a girl I’m putting under contract,” protested Carewe.

They compromised by decidiing to see the film together before lunch.

“What do you think of her?” asked Carewe, as he cut into his beefsteak.

And so, as Doug says, Eve Southern was “lunched to fame.”

It was her eyes that attracted him, enormous eyes that seem either gray or black on the screen, but are really green. Her hair is auburn, she says, though her producer calls it titian and you will think it is black when you see her portraying the spiritual influence in the life of the gaucho. — Alice L. Tildesly in 1927