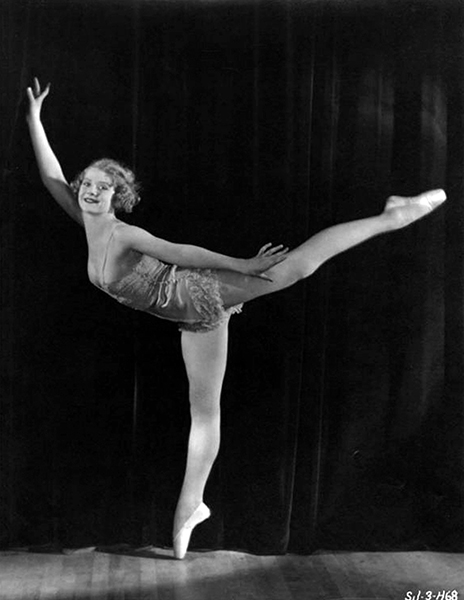 Muriel Gardner is another one of those elusive, forgotten performers of the past. Described as a “blond easy to look at” and “one of the finest dancers west of Chicago,” Gardner’s film work was sparse; however, she was employed by Fanchon & Marco quite often in the late 1920s through the early 1930s as a performer for the live entertainment shows preceding many Fox Studio main feature screenings.

Little is known of her whereabouts from the 1940s on. In 1949, a person by that name was in a stage play at the Coronet Theatre. Also, in 1949 and in 1951, a middle-aged (but in-shape) blonde named Muriel Gardner appeared as a character named “Ruby McKenzie” in two Screen Art Picture Corp. low-budget exploitation films, The Devil’s Sleep and Racket Girls. In both films, “Ruby” is a worldly woman wearing skimpy clothing, who spends much of her screen time giving massages and sage advice to younger girls. Is this the same Muriel Gardner?