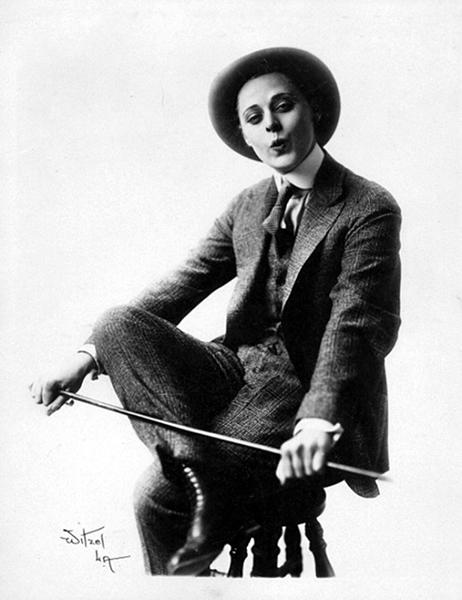 Peggy Pearce (possible real name Vilma or Velma Pearce, though in later life, she went by Peggy P. Klein), is a forgotten star of the silent film era. She was June 4, 1894, in Long Beach, California. She had blonde hair and blue eyes.

She got her start as an early Mack Sennett bathing beauty. Charles Chaplin stated that she was his first-love in Los Angeles. They worked together in His Favorite Pastime (1914) at Keystone. She supposedly appeared as a Keystone girl in A Film Johnnie (1914), also starring Chaplin, though her film credit is occasionally disputed by Chaplin historians.

While at Keystone, Pearce lived in the shadow of Mabel Normand, who was the queen bee of the studio. She was fairly well known, however, in the movie community and received co-star (and occasional star) billing. She was also promoted for her beauty and performed carpentry work, along with the male Keystone stock players, when it came to building sets. She also could knit.

Pearce did not like cats and when she was once asked to work with a kitten, she convinced the director to use a guinea pig instead, which she purchased from a pet store. The pig became her pet.

When Keystone merged into Triangle Pictures, she broke away from Sennett to pursue a dramatic career in 1918. She appeared in a handful of films, receiving favorable notices as a supporting player in S-E-X (1920).

At the age of 24, she married Arthur H. Klein (not sure of his profession) and retired. She was later signed to play one of the seven brides in Buster Keaton’s Seven Chances, but it doesn’t look like she appeared in the film (maybe someone can verify that one).

Peggy Pearce Klein had one child and died in Los Angeles February 26, 1975.

According to an old directory, she and Arthur lived at 1797 Coldwater Canyon Dr., at the time of her husband’s death in 1955.