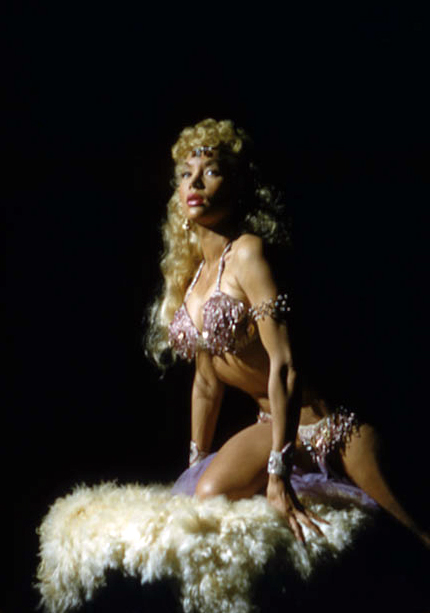 Lilly Christine (sometimes spelled “Lillie”) was a popular burlesque performer of the late 1940s and 1950s.

Her real name was Lilliana Christina and she came from Buffalo, New York. She stood 5′ 6.5 inches and had blue eyes.

Her Hollywood credits include My Wild Irish Rose and Two Guys from Texas.

She played on Broadway in Michael Todd’s “Peep Show.” She was also at the Stork Club in 1950 and 1951 and at various reviews in the French Quarter in New Orleans, where she was popular.

She was billed as “Cat Girl” because of her sultry cat dance. She was also known for her golden tan. Later, she rebranded herself as more of Gay 90s gal.