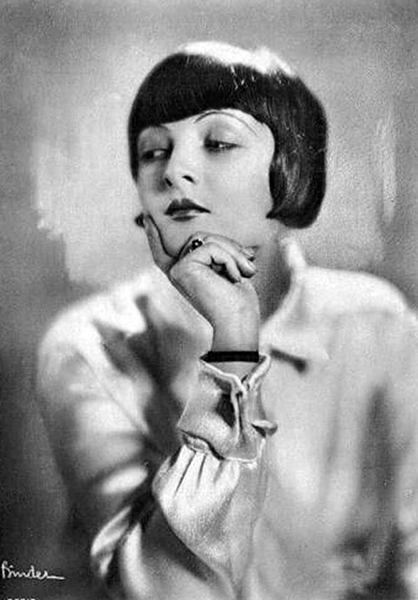 The first English word Hungarian silent film star Lya de Putti learned when she came to America to make movies was “Applesauce,” which was 1920s slang for “nonsense.” 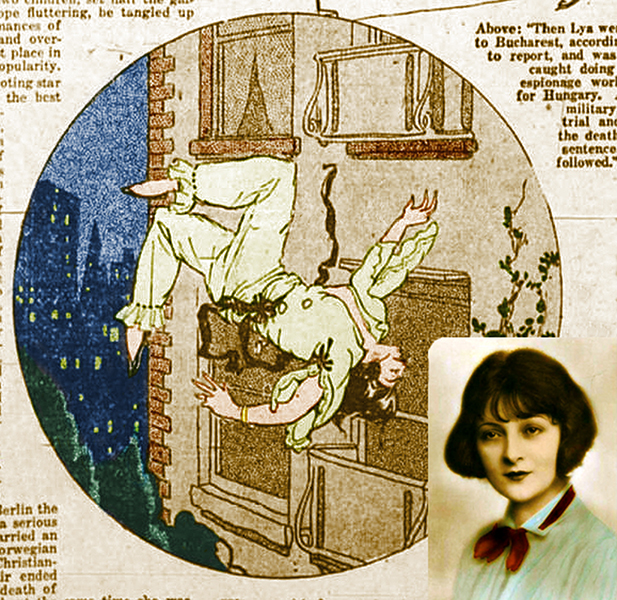 De Putti was the subject of many sensational stories in Europe before coming to Hollywood.

Below is one of those stories. There is no author to the piece, but the title is Driven to Suicide by Their Breaking Hearts, published on March 5, 1926, in the Ogden Standard-Examiner. While I am only excerpting de Putti’s story, the article discusses the rash of suicide attempts that were going on in German at the time:

Lia de Putti [as her name was spelled in Europe], one of the most beautiful women in the German films, tried to put an end to her love madness by jumping out of a window. She had appeared in a number of films opposite the celebrated actor, Emil Jannings, and was desperately in love with a handsome youth in the same company.

Postcards were published bearing her portrait and a signed line by her, reading in German:

“To love life without fear of death.”

The love affair lasted nearly a year. Then trouble came because the two played in different companies. On several occasions, their jealous scenes took place in public restaurants and attracted much attention and comment. 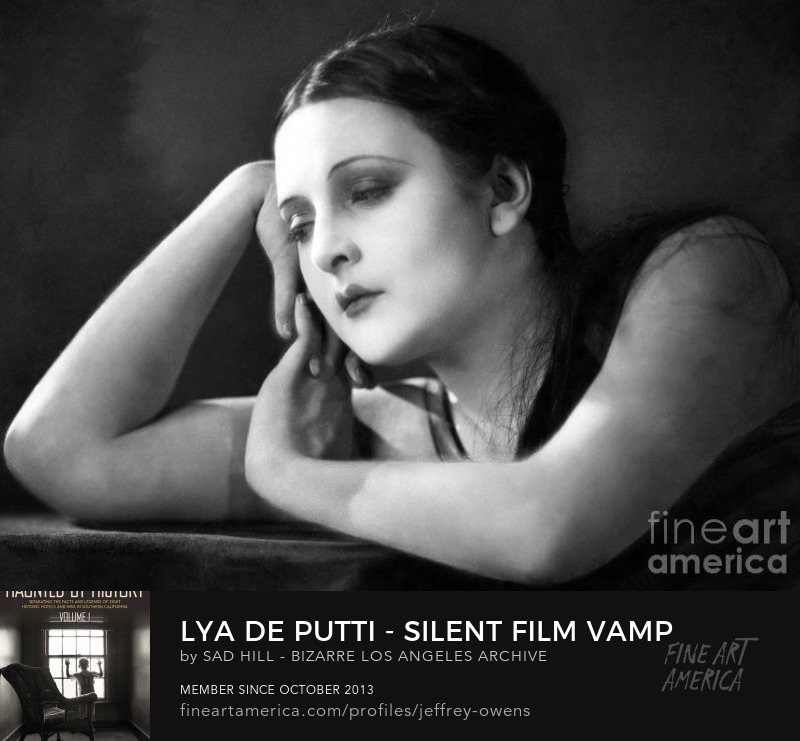 When her lover called at her apartment in the fashionable Wilmersdorf quarters recently another quarrel arose in the course of which he announced that he was through with her and would leave her at once.

“If you leave this apartment,” the girl threatened, “I will be on the sidewalk before you get there.”

With that, she stepped to the open window and dared him to go. The lover sneered. He looked down into the street two stories below and laughed.

“You wouldn’t have the courage,” he said and walked out.

When he reached the sidewalk, he found Lia’s apparently lifeless body before him. She had made good her threat and jumped. Luckily her injuries were not serious. One of her arms and a foot were broken in the fall. There were no complications and she was promptly restored back to health.

Later, in America, she would play down the story, saying that she was only saying goodnight to some friends when she leaned too far over the railing and fell. Of course, she offered no explanation as to why she was wearing lingerie at the time. 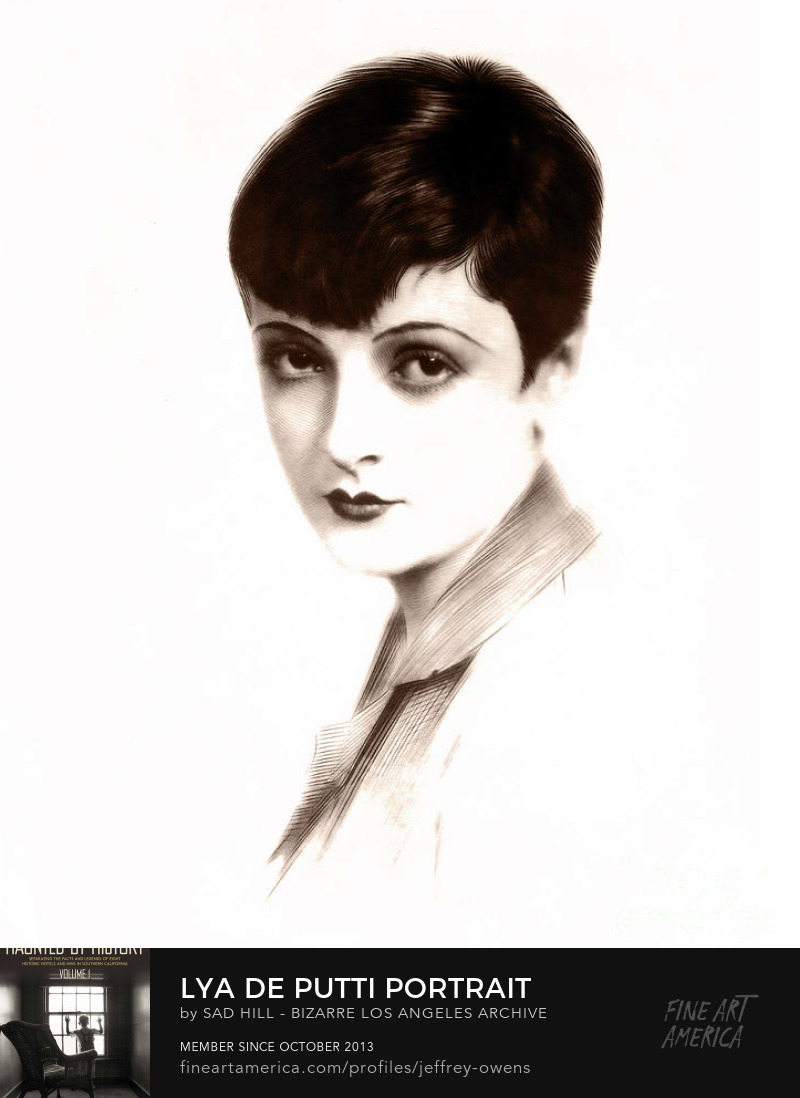