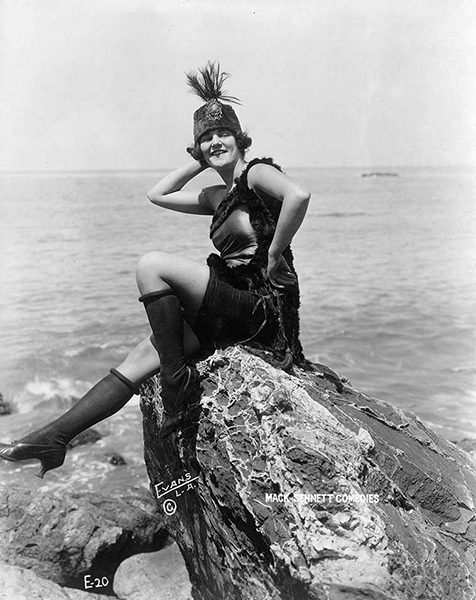 From the waves to the field of dramatic acting!

Virginia Warwick, one of the famous Mack Sennett bathing beauties, she of the dark, vivacious eyes, deserted the lure of the swimming tank and the sandy beach to appear in one of the stellar roles in “The Four Horsement of the Apocalypse,” a Rex Ingram production for Metro…

This former water nymph is from Missouri and came to California from St. Louis some two years ago. She was still attending high school – being only slightly more than 15 years old – when in compainy with a theatrical friend, she paid a visit to the Mack Sennett school of bathing beauties. Mack Sennett met her and for eighteen months her charm and beauty formed one of that galaxy or reasons why the beach of California is so popular with the motion picture fans.

It was no accident or lucky chance that landed Virginia Warwick in “The Four Horsemen.” “Mr. Ingram didn’t happen to see me wandering about the hotel corridors or behold me dancing in a Los Angeles theater,” Miss Warwick explained. “I knew Mr. Ingram and had been looking fo an opportunity to break into dramatic work. Director Ingram is a stickler for types and as I happened to fit his conception of Chichi, the sister of the hero in ‘The Four Horesemen,’ I got the job.”