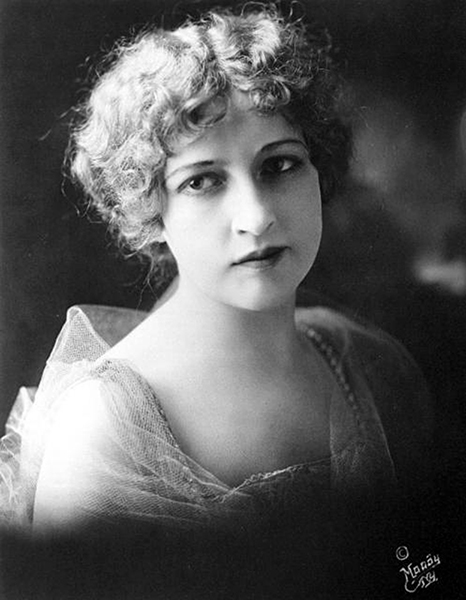 “…Marion Leonard had become the best know actress of the movie world. She was even more popular than Florence Lawrence and Mary Pickford…Miss Leonard is said to have been the first actress before the camera to receive a salary of $1000 a week. It was in 1913 that she signed a contract for 42 weeks calling for this salary, and it was thought then that it would hardly be possible to surpass this amount for many years. Miss Leonard made an attractive Carmen, but the film was popular because of her personality rather than because of any outstanding merit in the production….Miss Leonard continued for some time at the top of her profession. She was called ‘the unrivaled mistress of the silent stage,’ and even ‘the Rachel of the Silent Drama.’ She retired after her marriage to S.E.V. Taylor, a scenario writer for David W. Griffith.” — Article The Story of the Movies, published in 1921