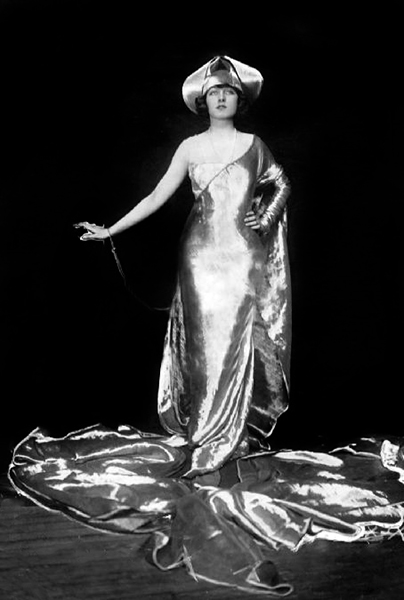 Mystery Of What Burned Martha Mansfield To Death

How Were They Kindled, and by Whose Hand — the Flames That So Strangely Wrapped the Lovely Young Film Star in Their Cruel Embrace and Quickly Killed Her?

As her thousands of sorrowing admirers already know, Martha Mansfield, the charming young motion picture star, was fatally burned in San Antonio, Tex., on Thanksgiving Day – just as she was about the complete the final scene in the romance of Civil War days that was to have been her greatest film triumph.

What they do not know, and what, probably, will never be found out, is how the flames were kindled that sent her screaming from her limousine, a flaming torch, and seared her flesh so terribly that within a few hours she was dead.

Those last few minutes before the tragedy – those now sinister minutes when she sat resting in her luxurious car – are shrouded in a deep and apparently quite impenetrable mystery.

The [San Antonio] authorities have no better solution to offer for the grim enigma than the broken-hearted mother, whose grief is made the harder to bear by the mysteriously uncertainty as to just how death overtook her daughter with such appalling cruelty and suddenness.

Even Martha Mansfield‘s chauffeur and fellow actors, the men and women who reached her side within a few seconds after her agonized cries, are unable to explain with any certainty what started the flames that swept over her crinoline costume and wrapped her in a deadly embrace.

What was it that turned the picturesque gown she wore into a fiery funeral shroud? Was it a match, or a cigarette, or a spark from a pipe, or what?

And whose hand was responsible for the firing of the thin fabric she wore? Was it her own or that of another held the cigarette or the match or whatever it was that started the blaze?

Whether Martha Mansfield‘s own hand or that of someone else sent her to death, was the tragedy only the result of carelessness or of some dare-devil prank, or was it brought about through deliberate design?

In the case of a girl so young and charming, so sunny dispositioned and successful, the thought of murder or suicide seems preposterous. Yet both these grim possibilities have to be considered in a mystery where every other theory has almost as little reason to recommend it.

Poor Martha Mansfield, her lovely face about the only portion of her flesh left unscathed by the flames, lived until the next day. She was conscious for frequent long intervals, but as far as can be learned she failed to reveal how she came to be set on fire.

As if any one else knows the truth, his or her lips have remained sealed as tightly as Martha Mansfield’s are now.

No Thanksgiving Day ever dawned with less hint of tragedy in the air than the one last month in [San Antonio]. It was a balmy, sunshiny morning and Miss Mansfield and her fellow actors were up early.

For them it was to be no holiday. They must acquire an appetite for their turkey by a long day of posing on a “location” in the outskirts of the city. The director thought it absolutely necessary to take advantage of the sunshine, because they had been delayed by bad weather, and also because it needed only a few more “shots” of the camera to complete the film. 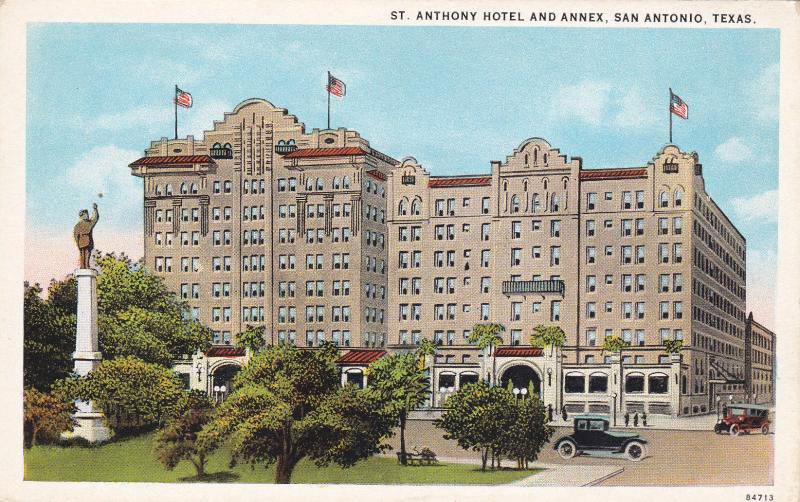 But the actors had no complaint to make at having to work. Martha Mansfield breakfasted at the St. Anthony Hotel with a number of her particular friends in the company, and they always will remember the merry affair she made of what proved to be her last meal. She had installed a radio in her room and was enthusiastic over the way it worked. That evening she planned to entertain them at a radio party.

“Why, it’s simply wonderful!” she cried. “Last night I heard Chicago and Cincinnati, and tonight I’m sure I’ll be able to get Philadelphia and New York. Do you know, it seemed almost as good as seeing mother to think that probably she was listening in on just the same thing I was.” 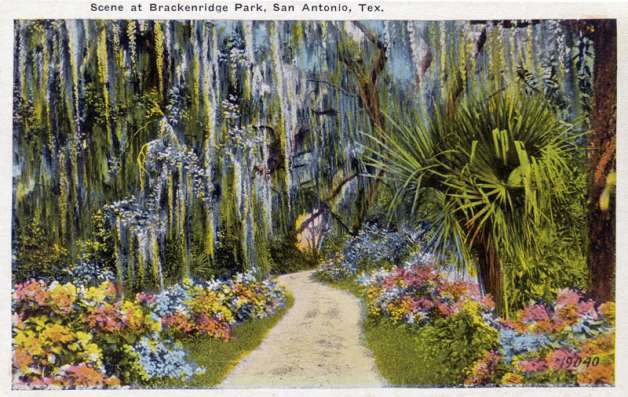 After breakfast they all set out in their cars for the further end of Breckenridge Park, about three miles from the hotel. This had been chosen for the climax of the film drama because it was the highest spot in the vicinity, and also because it contained a picturesque group of rag pickers’ shacks that would do do very well for the servants’ quarters of the Southern plantation.

It was a famous novel that was being filmed and Martha Mansfield was playing the heroine. As no change was required, she put on her quaint costume before she left the hotel. She looked anything but like a prospective victim of death in her snow white frock, fastened high at the throat with a brooch, and with a skirt dragging on the ground and billowing about her girlish form in the fashion of the ’60s.

Nobody could blame the pretty star for feeling unusually proud and happy over her many causes for thanksgiving. This was her first “big film.” Everybody was sire it was going to prove a tremendous success. On the strength of its promise she already had signed a contract for another feature picture.

The camera men quickly “shot” several important scenes in the story of the pretty daughter of Virginia who fell in love with the Northern soldier. Then came a pause while the workmen began setting up the carefully arranged “interior” of the plantation home where the final scene was to be staged.

This would take a half-hour or more, and so Martha Mansfield waved a gay goodbye to the director and her fellow actors, lifted her long skirt above her trim ankles and scurried across the grass to where her limousine stood in a long line of cars.

Her chauffeur helped her inside, then walked away to watch the work of erecting the “set.” As far as is positively known, he was the last person to speak with her before the accident. He was standing perhaps twenty-five yards away from the car, and nobody can be found who will admit having been any nearer than that from the time she stepped into the limousine until she came running from it, ablaze from head to foot.

At least ten, perhaps fifteen on more, minutes passed. The replica of a Virginia homestead was nearly ready for the heroine and her lover to walk along its picturesque garden path and enter the Colonial doorway.

Suddenly above the workmen’s hammerings and shoutings came a woman’s piercing screams. Everybody looked in the direction from which they came, and saw the ill-fated little motion picture beauty running from her limousine in a sheet of flame.

Wilfred Lytell, her leading man, was the first reach her side. He threw a coat over her in time to save her lovely face from being scorched and scarred. But before his hands and others just as willing  could smother the fire that fed so ravenously on her old-fashioned billowing draperies it had inflicted what proved to be fatal burns on her body and legs.

Those who accomplished the stricken girl on the swift ride to the hospital say they never can forget how brave she was. She insisted that she was not suffering acutely, and what seemed to worry her more than anything else was the fear that her exquisite beauty had been damaged beyond repair.

“Are you sure my face is not harmed?” she kept asking over and over again. “Won’t my cheeks and neck be scarred forever?”

The hospital physicians found her condition serious, but at first they thought she had a chance of recovery. That night, however, she awoke from a long sleep delirious, and the next day at noon she died – died without a word to explain the cause of the tragedy.

A party of automobilists that passed Martha Mansfield‘s car a few minutes before she was seen in flames say they saw through the plate glass windows the flash of a match. This led to the quite natural supposition that after an arduous morning of acting she was soothing her nerves with a cigarette.

But the dead girl’s mother insists that she rarely smoked, that she had a profound distaste for cigarettes.

“Martha often told me,” says Mrs. Mansfield, “that smoking made her very uncomfortable, and that she really didn’t care for it. In fact, she said she seldom used cigarettes except they they were called for in a picture, and even then they made her feel ill. Once in a long while she smoked at a party, if all the other girls did, but I can never believe that she lighted a cigarette if she was, as they tell me, sitting quite alone in her car.

“If it was a match of a cigarette that set my poor darling’s dress on fire it was not one of her own lighting. Of that I am positive.”

Nobody can recall the girl ever having had a serious enemy. Even if she had been the victim of some bitter hatred, how could anybody have been fiendish enough to choose this way of revenge?

What man or woman would have tortured a girl like this in order to kill her or ruin her beauty forever? Only a maniac, the police think, and they can find no evidence that any such person was in or near Breckenridge Park that morning.

To the theory that the film star suddenly lost her reason and herself applied the funeral torch there are the strongest objections. Few girls of twenty-three are as sane, as sensible, as thoroughly happy and contented as was Martha Mansfield.  Her buoyant spirits and complete satisfaction with life and the success it was bringing her were as notable as her good looks and her talent for acting.

If she was all alone in the car, if she had not been smoking, if there is no proof of murder or suicide – then what was the cause of the flames that killed her?

Even if she had been smoking, it is hard to believe that a spark from her match or cigarette could have started a blaze too furious to be smothered by her own hands. Cigarette smoking is common nowadays in rooms filled with flimsily clothed women and hung with the most inflammable draperies. Yet who can recall a life having been lost from this cause?

What makes the mystery all the deeper is the fact that the upholstery and the woodwork of the car in which the fire is supposed to have started showed not even the slightest scorching.

If a match or cigarette was the cause of the tragedy it would seem more probable that the victim was not, as her chauffeur and others in the vicinity have testified, all alone in the car. Perhaps she was engrossed in earnest conversation or engaged in a good-natured scuffle with some friend.

Under either of these conditions, it would be easier to understand how the flamed could have gained fatal headway before she or her companion realized her danger.

But if there someone in the car with Martha Mansfield just before she was fatally burned, why does not that man or woman relieve the anxieties of her family and friends by stepping forward and explaining the cause of the fire?

There would seem to be no good reason for silence on the part of a sharer of the film star’s last happy moments of life unless – unless this person is crushed by a feeling of responsibility for the flames that hurried the little film beauty to her untimely grave.

One thought on “Martha Mansfield”