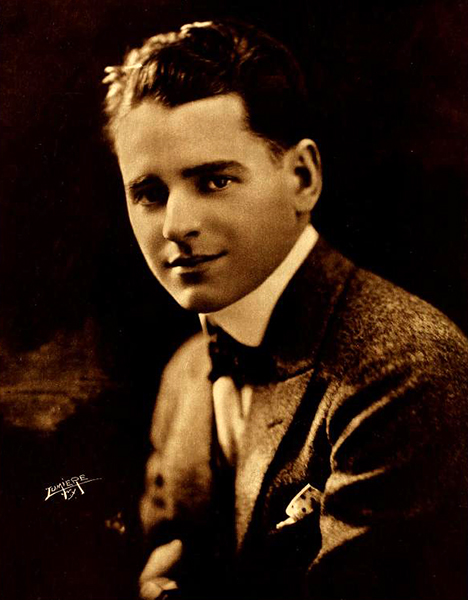 William Webster Campbell of the American Film Manufacturing company was, to quote himself, “born in Kansas City in 1891 on a night in January when the wind howled miserably and all the world was white and cold.” Seventeen years later he graduated from high school in Kansas City. At about that time he developed a propensity for lights – bright lights, footlights, and limelights. He entered the University of Michigan. Three years later he went to a smaller university in Missouri. At that time he produced a musical comedy called “Hundred Dollar Bill,” which proved to be quite a success, so much of a success, in fact, that he was summoned to the president’s office and asked how long it would take him to pack his things, as necessity compelled the college to do away with his presence. Mr. Campbell then joined a stock company in the middle west. His first professional appearance was as Jed Woodis in George Cohan’s play, “Fifty Miles from Boston.” Later he went to the coast, and still later he was with a stock company in Honolulu. He returned to Los Angeles. There the lens lured him and Lubin secured his services. He was with this company for some time, then joined the New York Motion Picture company, and now, last but not least, he has joined the American corporation to the great satisfaction of everybody concerned. He’s a handsome young man…and not married, so we are told. — Chicago Tribune, Feb. 7, 1915