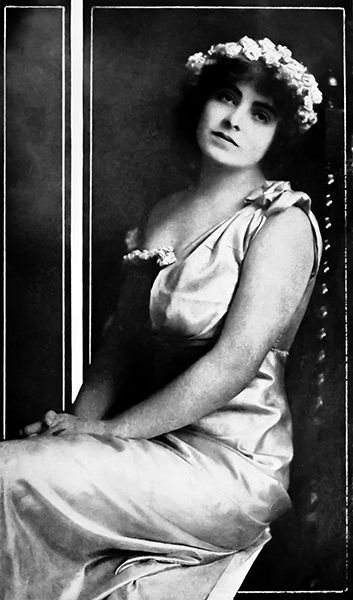 “A member of a family that has been prominent on the American stage for many years, Dorothy Davenport has been engaged as a regular member of the Lasky Feature Play Company, and is busy on two elaborate productions in which she has leading roles, at the studios in Hollywood, Cal….Miss Davenport is a daughter of the noted comedian, Harry Davenport, and the celebrated actress, Alice Davenport. She is the niece of the late Fanny Davenport, for many years the reigning favorite of the Broadway stake. Her career on the legitimate stage was brief. After a few years as a child in vaudeville, she joined the Biograph Company at sixteen and has appeared at different times with Reliance, Nestor, Selig, Ince and Universal. With the latter organization she played leading roles with Wallace Reid, a screen romance that ended in their marriage.” — The Ottowa Journal in 1916 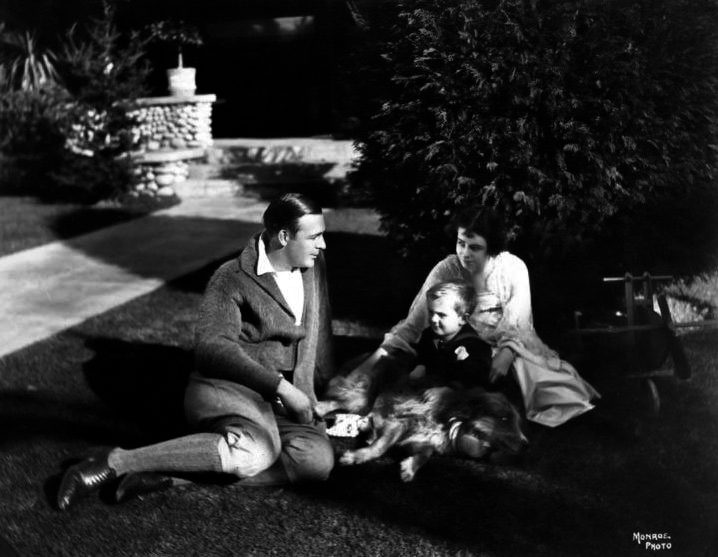 Silent film star Wallace Reid with son, Wally, and wife, Dorothy Davenport. Their house was located at 8327 DeLongpre, which was razed years ago for the Thunderbird Motel. Today, the Standard Hotel sits on the original property.