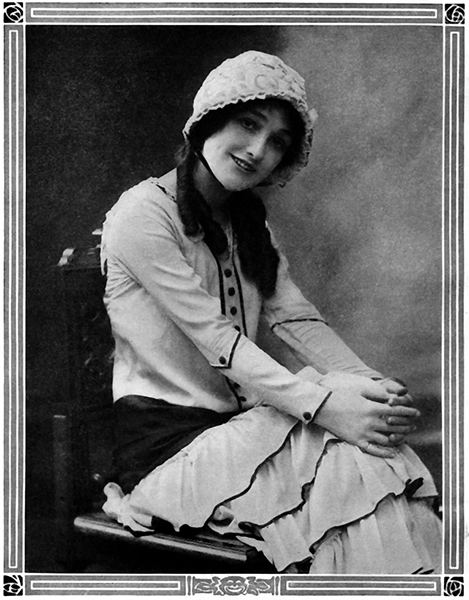 NUMBERS HER ADMIRERS BY THE MILLIONS

Bessie Learn Rises to the Topmost Heights of Popularity.

That five feet of femininity, even “with heels” should – could – rise to such heights of popularity as has the dainty little Edison ingenue lead, Bessie Learn, is a picture paradox – but no mirage. Her sweetly girlish manner and ways, her petiteness, all are perfectly adapted to a perfect screen girl. And the air of naturalness, of winsome girlishness that ever pervades this screen girl is sympathetically convincing because it is none other than Bessie Learn herself – devoid of the slightest affectation, almost shy in manner and in speech, even to her studio intimates, betraying however the sensitiveness of nature, the susceptibility that enables, rather forces her, to really live with genuine feeling, the joys or sorrows of the character she takes on. 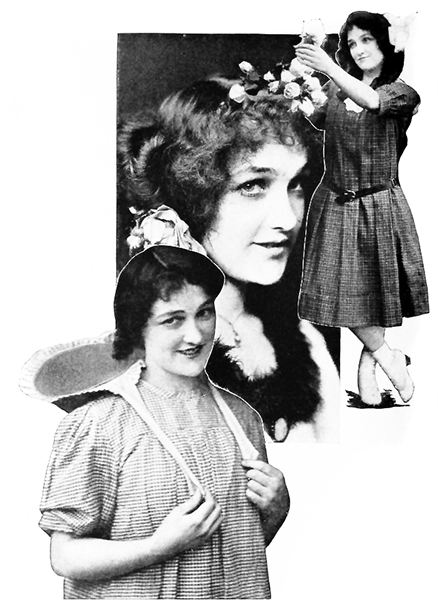 Yet it must not be thought that her gamut of expression is confined to the limitations of the little girl she so much appears and is. For her emotional nature is of a rare intensity subservient to character demands and stage technique absorbed rather than mechanically followed….Small for her eight years, she was first wheeled onto the stage in a baby carriage in Chicago…