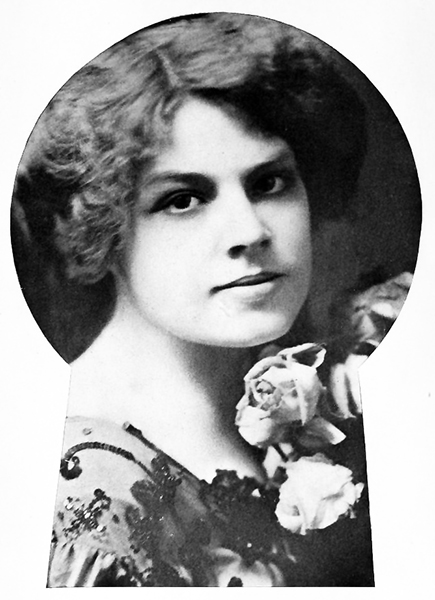 “I was born in New York City, but both my parents died when I was two years old. So then I went to live with my grandmother in Wisconsin. I was born in eighteen ninety-three, if you care to know.” — Cleo Ridgely 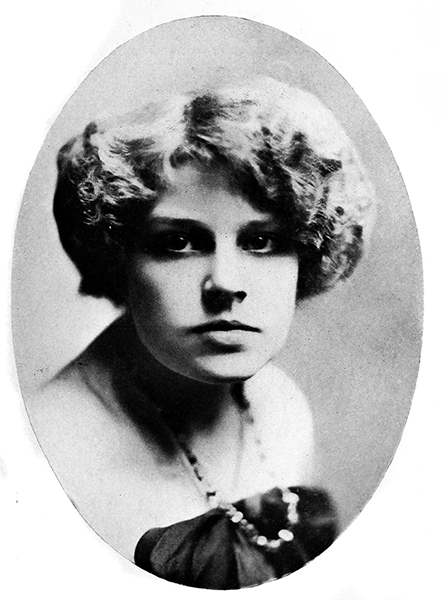 “I’ve been a picture actress for six years – for Kalem, Lubin and Laskey. I was Kalem’s ‘girl detective’ for six months. Then I came here to Lasky, and I have been here ever since.” — Cleo Ridgely 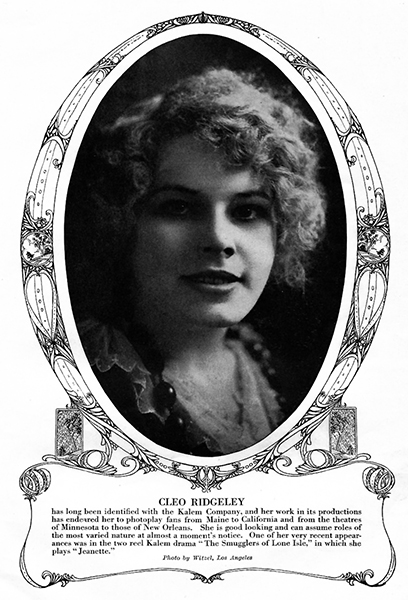 “Cleo Ridgely is the most difficult woman on the stage for the press agent to deal with. She has a different idea about her home life and her career on the stage and the consequence is that you never hear of Miss Ridgely’s losing any diamonds or anything of that sort. She simply appears on the screen these days and that is all one knows about her. She is the great mystery of stardom.” — Gossip About Filmdom’s Big Stars (1916) 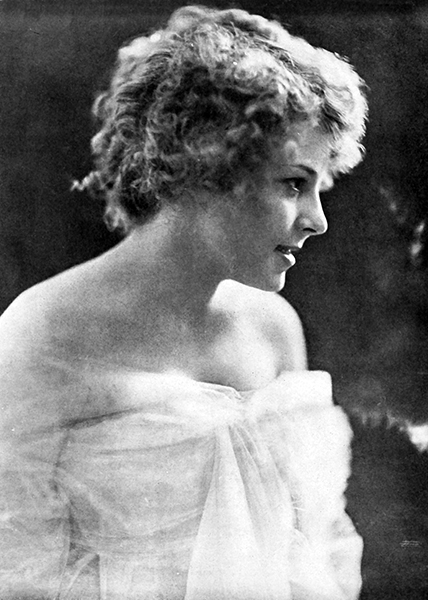 “Motion picture work is exacting, yet fascinating. Once one has been in the profession for some years it is trying to drop out and stay out.” — Cleo Ridgely 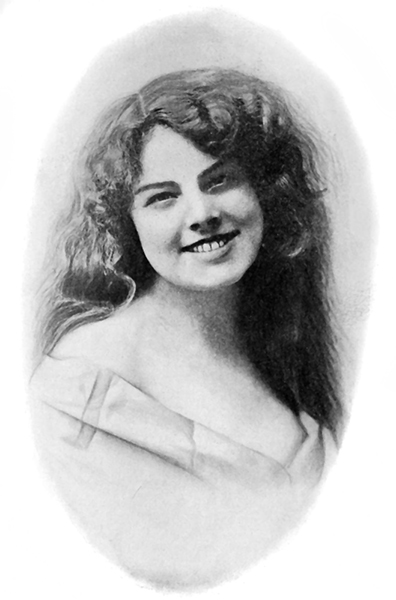