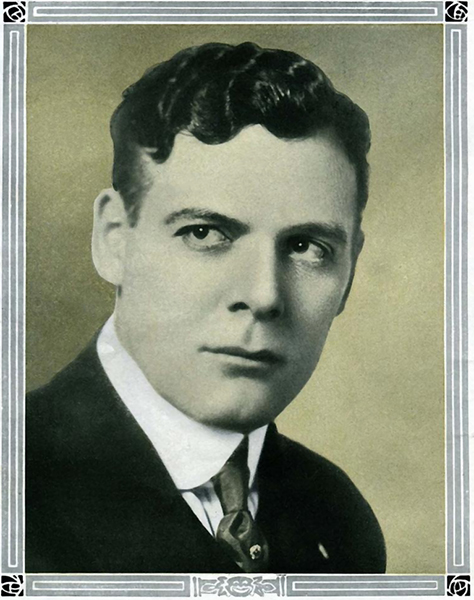 “I am of the firm opinion that actors’ early hardships are but the caviare that whets their professional appetites, and that without them the game and its results for most of us would be ‘flat, stale and unprofitable.'” — Ben F. Wilson 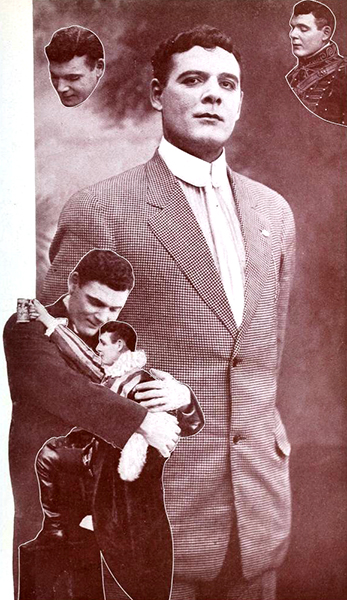 “Broke and despondent, I was offered work as substitute for a night clerk in a country hotel. The clerk’s father had been suddenly killed that day, and, to lessen his grief, the son had foolishly became intoxicated. The landlord of the hotel, in offering me the night’s work, had failed to inform me that the dead man lay covered with a sheet in the hotel’s best room on the top floor, the windows of which had been left open to allow a free passage of air over the body. Early in the evening a robbery had been committed in the town, the recital of which had resulted in the death of the clerk’s father; and all of this, together with the story of the robbery and the fact that the robber was still at large, had put my nerves in an awful state. My agitation was increased during the night by the occasional tapping on the office window by the town’s aged night watchman as he made his rounds and the creaking and groaning of the ramshackle old building. Toward morning the wind arose. Shutters banged and strange noises were heard about the house, and as four o’clock struck and I realized that I must call a lodger on the top floor who wished to catch an early train, pride alone prevented me from chucking the job and hiding in one of the many vacant rooms on the ground floor. Plucking up my courage, I managed to mount the first flight, when the old-fashioned lamp I carried, exhausting its last drops of oil, sputtered and went out. Lighting matches as I went, I reached the top floor, but, mistaking the lodger’s room, I entered the death-chamber, the door of which was slightly ajar. Imagine my feelings when I struck a match and by its flickering light gazed into the white face of the dead man, but an arm’s length from my trembling body. How I got down the stairs without breaking my neck will ever remain a mystery. So completely rattled was I that, missing the office floor, I plunged down the cellar stairs. Here the climax of the night of horror was reached, when, quaking with fear, I lighted my last remaining match and peered into the face of a big, black negro, who, it developed later, had been stealing coal, and who made off thru the coal-chute, leaving me standing with five of six sense absolutely paralyzed.” — Ben F. Wilson