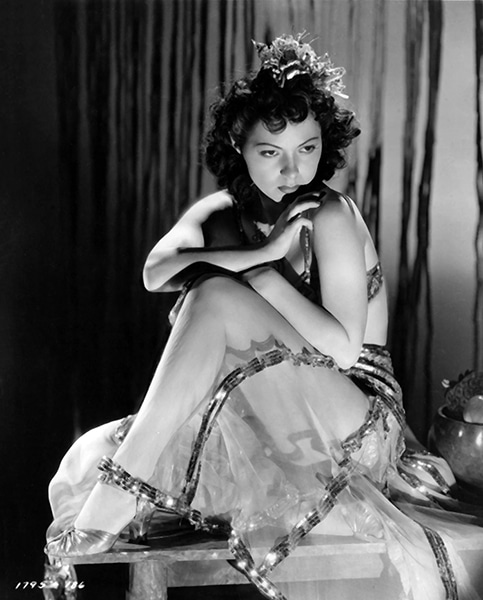 She Even Changed Her Name

The Hollywood savage is not Lupe Velez, but Steffi Duna, Hungarian actress.

Miss Duna has not always been a savage. For years she was civilized –

Then came the Warner Bros., who wrought the change in Miss Duna – that stripped her of civilization overnight and made her move barefooted, and like a cat, around her modern home, that made her look at life with half-closed eyes.

How It Was Done

This was done by the simple procedure of casting Miss Duna as Neleta, the wild, African half breed girl in “Anthony Adverse” the girl who became the disastrous influence in Anthony’s life.

Like Paul Muni, Miss Duna is a firm believer in living the life of the characters she plays.

For a time, a few years ago, Miss Duna was an Eskimo girl in Hollywood – that was when she was playing in “Man of Two Worlds,” with Francis Lederer.

Then, while she was making “La Cucaracha” she was a Mexican dancer. And if, as she wishes with all her heart and soul, she is given the part of “Lotus” in “Good Earth,” she will became a Chinese woman – she will live like one, think like one and look like one.

You see, Miss Duna never does things in half measures. Everything she does, she does wholeheartedly…. 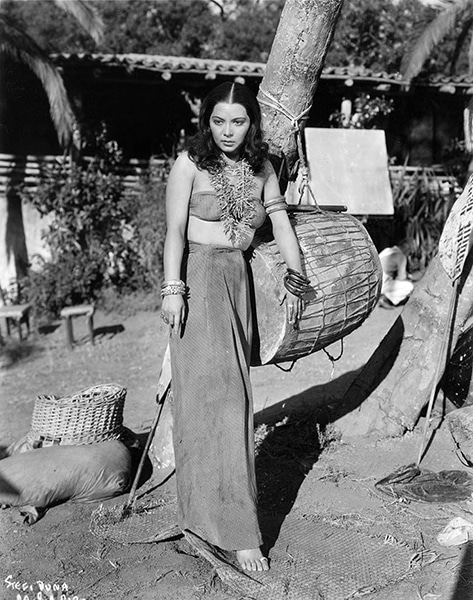 Miss Duna started her theatrical career as a dancer in Hungary.

Her first ambition was to be a dancer. And at 16 she was dancing in a vaudeville act in Germany, Hungary and Austria. She was one of the dancers in “Wunderbar” in Berlin when she was given a chance at an acting part.

Miss Duna‘s name has not always been Duna. It is one of those unpronounceable Hungarian names. Noel Coward decided she needed a prettier name when he cast her for a part in “Words and Music.” He named her Duna. And because he gave her the name, she thinks of him as her godfather.

When she came to Hollywood to play with Lederer in the Eskimo picture, Miss Duna thought her fortune was made. She learned differently. She finished that picture and made two or three others. The for one year she didn’t do a thing. She just stayed home waiting for the telephone to ring, waiting for some casting office to call her and tell her there was a part for her.

“I nearly went crazy that year,” Miss Duna will tell you.

Miss Duna lives alone in her Hollywood home. She has a family in Budapest.

When she isn’t playing savage, Miss Duna plays the piano, the violin and the xylophone. Her favorite book is Knut Hamsun’s “Growth of the Soil.” You see, Steffi‘s father was a vintner and had extensive vineyards and Steffi was born in her that love of earth that is so essentially European.

Steffi speaks five languages and English with an accent. She thinks that Greta Garbo is the greatest actress on the screen. She refuses to name the greatest screen actor.  She wants to play “Lotus” and has been tested for it, but fears that Anna May Wong, who has also been tested, will win it. She says that she will always play character roles. 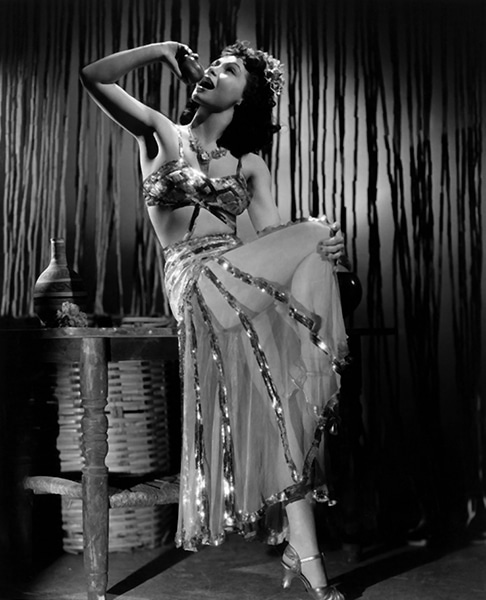