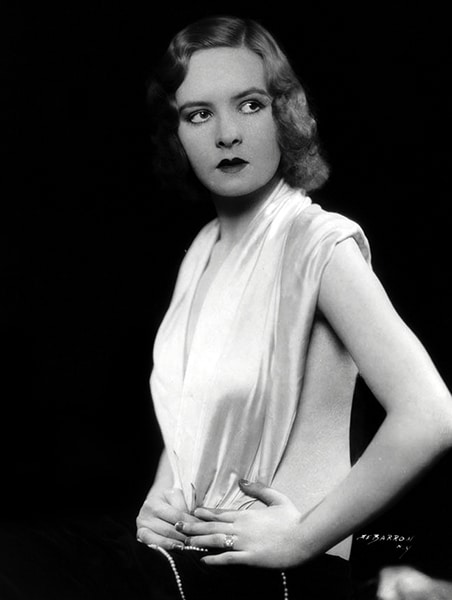 Joan Burgess got her start as a chorus girl with Earl Carroll in one his Vanity shows on Broadway in 1928.  She then met Flo Ziegfeld, who cast her in a minor role in his production of “Show Boat” in 1930.  While in “Show Boat” she started dating Nicky Blair, part owner of a popular Broadway nightclub, the Paradise Restaurant.  Blair was a young Prohibition-era smoothy with mob ties, who was busted for serving alcohol in Helen Kane’s nightclub in 1929. The couple were on again – off again for a few years while she worked in such shows as “Fine and Dandy,” “Ziegfeld Follies of 1931,” and “Hot-cha.” She then quit the Follies in 1932 once she began to lose her figure.

On January 22, 1933, Burgess and Blair left his restaurant one evening after midnight and traveled to Rye, New York, to get married. The couple exchanged vows in front of a justice of the peace at 6:00 a.m. in front of 35 “friends.” The couple then honeymooned in Europe. Newspapers claimed that Burgess’ father, a former police officer, accompanied the couple on their honeymoon. 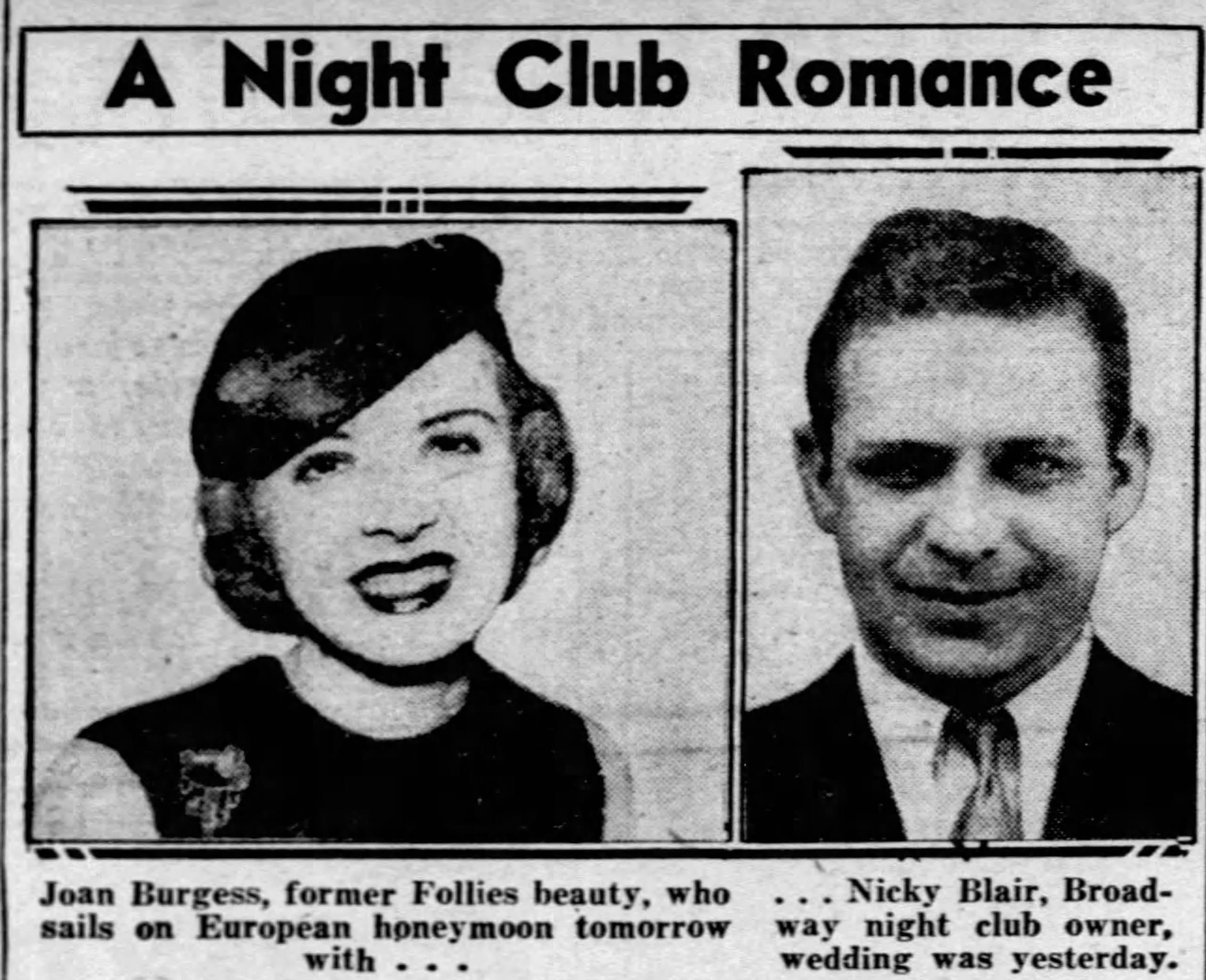 The following month, a newspaper reported that Joan was about to give birth to her first child at any moment.  So I think you know what happened…

Although Joan claimed that she had no desire to return to the stage, she did go back, briefly, to appear in the “Follies of 1935.”  This was during a period of time when she and Nicky were separated. But in 1936, the couple reconciled and she once again retired.