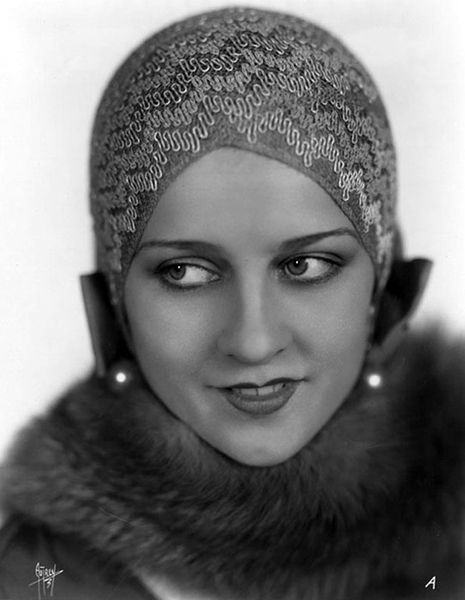 A new charmer in the ranks of movietone is announced by Fox Films with the signing of Luana Alcañiz, a beautiful 21-year-old dancer and singer whose art is ranked by critics with that of Raquel Meller.

Miss Alcañiz will make her feature debut with Warner Baxter, Victor MacLaglen, Kenneth MacKenna and El Brendel in the leading feminine role of “Renegades,” a story of the French Foreign Legion which will go into production soon at Movietone City. Her previous screen experience was in a Vitaphone short in which she danced the tango and Spanish folk dances, and in two talking shorts in Spanish.

Billed as “The Flower of Spain,” Miss Alcañiz has toured this country and Canada in vaudeville, garnering enthusiastic comment from critics and audiences wherever she appeared.

Born in Cuba of Spanish parents, Miss Alcañiz was taken at the age of one year to Madrid where her family occupied a large estate. While she was being reared in a convent for her position in society, she learned the dances of the countryside for her own amusements. One day Raquel Meller paid her respects to the Alcañiz home, which was an occasion for festivity. There were accomplished dancers and singers to entertain the visiting artist and other guests on the lawn of her home. To prove that she too could entertain, Luana gave her interpretation of a true Spanish dance.

Her beauty and grace made up for what she lacked in training and Miss Meller was impressed with the child’s possibilities. Casually she remarked that some day Luana would become a great dancer. From that seen grew Luana‘s determination to perfect her abilities, which she did in secret for fear of parental objection. She made her first professional appearance in Seville as a masked performer. With Raquel Meller as her sponsor, Luana and her parents came to this country eight years ago. She soon proved her ability to stand, or rather to dance on her own feet. She has been greeted with enthusiasm from coast to coast and has brought forth the choicest adjectives of reviewers.