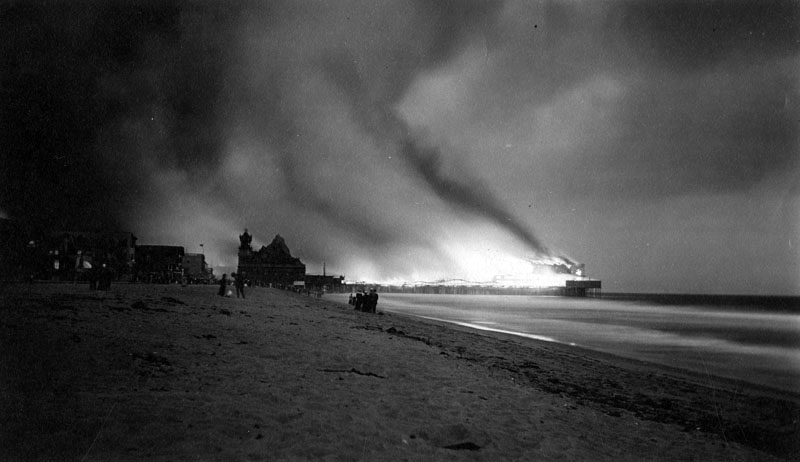 Bizarre Tales: The Day Ocean Park Burned ALL-SWEEPING TONGUES OF FLAME GO SWIFTLY. Scene of Multitude’s Pleasure Quickly Turned Into Red Cauldron from Which All Must Fly –One Party Trapped at End of Pier Dead – Story of the Terrible Fire Battle THE LOS ANGELES TIMES – September 4, 1912 — Fed by a thousand […] 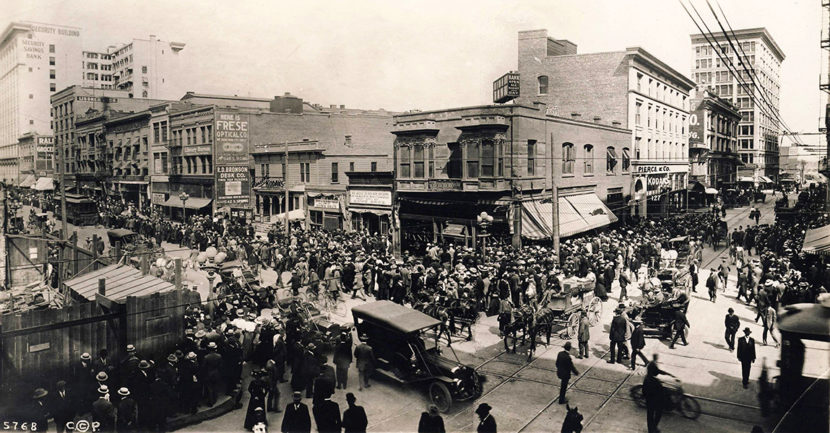 Handing ‘Em Cash: ALL NIGHT AND DAY THE RUN AND BANK. Crowd of Men, Women and Boys in Line a Block Long Moving on the Paying Teller’s Window to Get Money Out – Some Depositing. Los Angeles Times, May 3, 1910 — Between 11 and 12 o’clock yesterday morning, a run was started on the […] 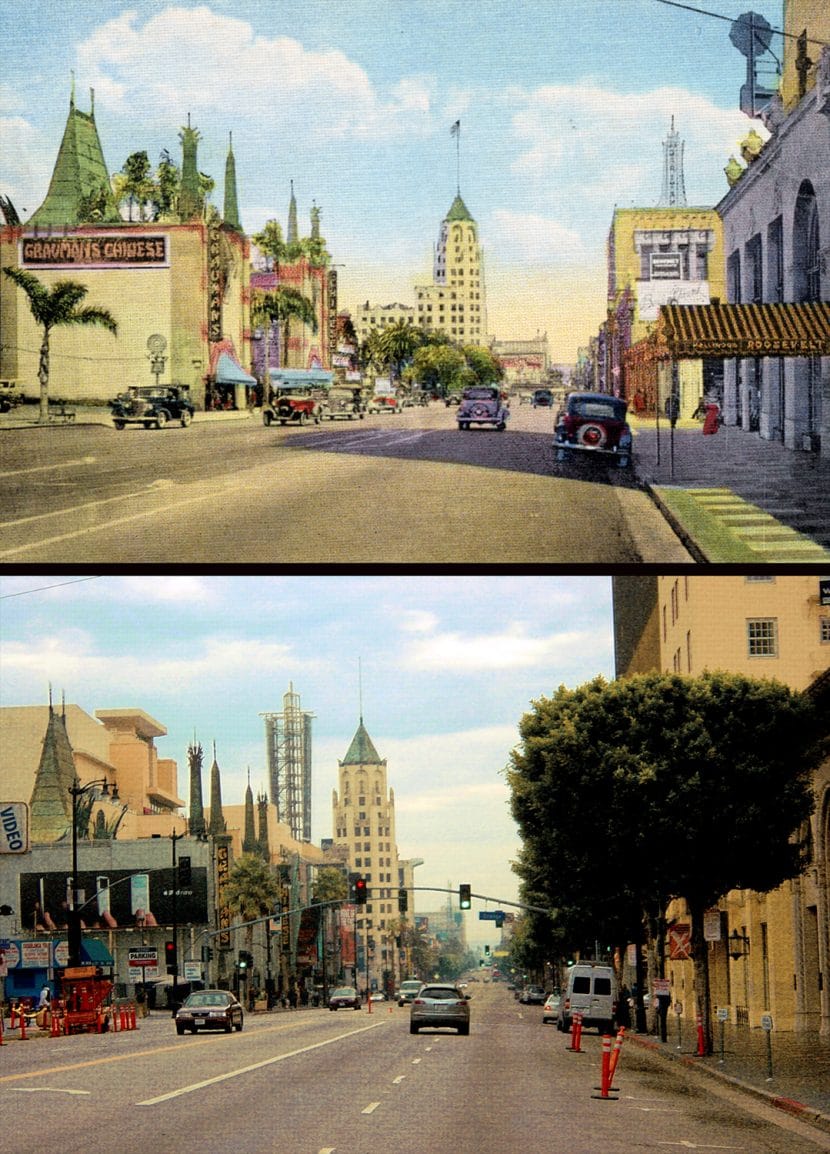 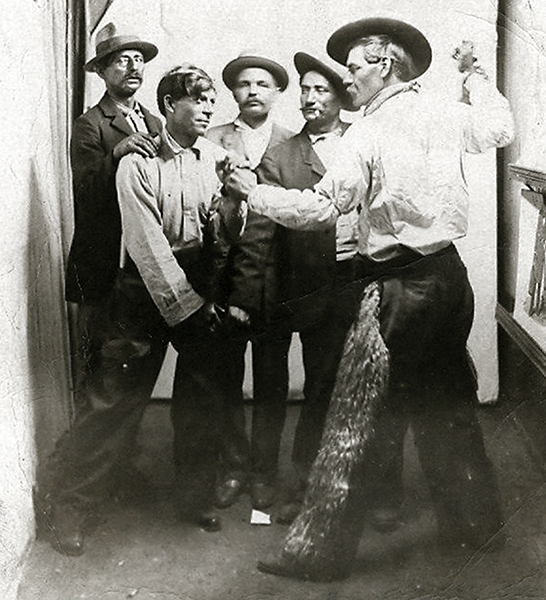 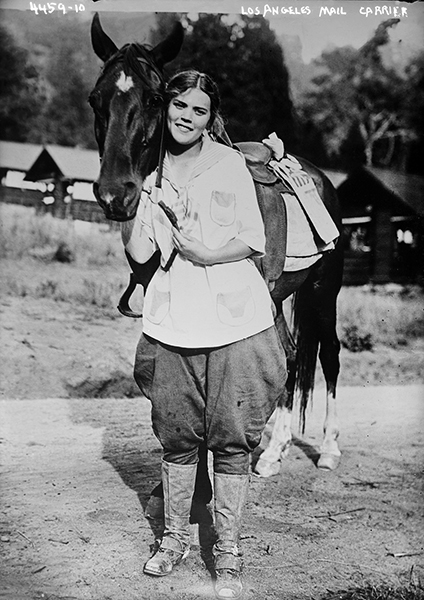 Somewhere in Los Angeles: Random photos taken of people in the city from the 1910s to the late 1950s. Above photo: This female mail carrier must have broken a lot of hearts along her postal route. She’s beautiful! Photo taken in the 1920s.   Two musicians, circa 1910.   Four ladies showing off their badges […] 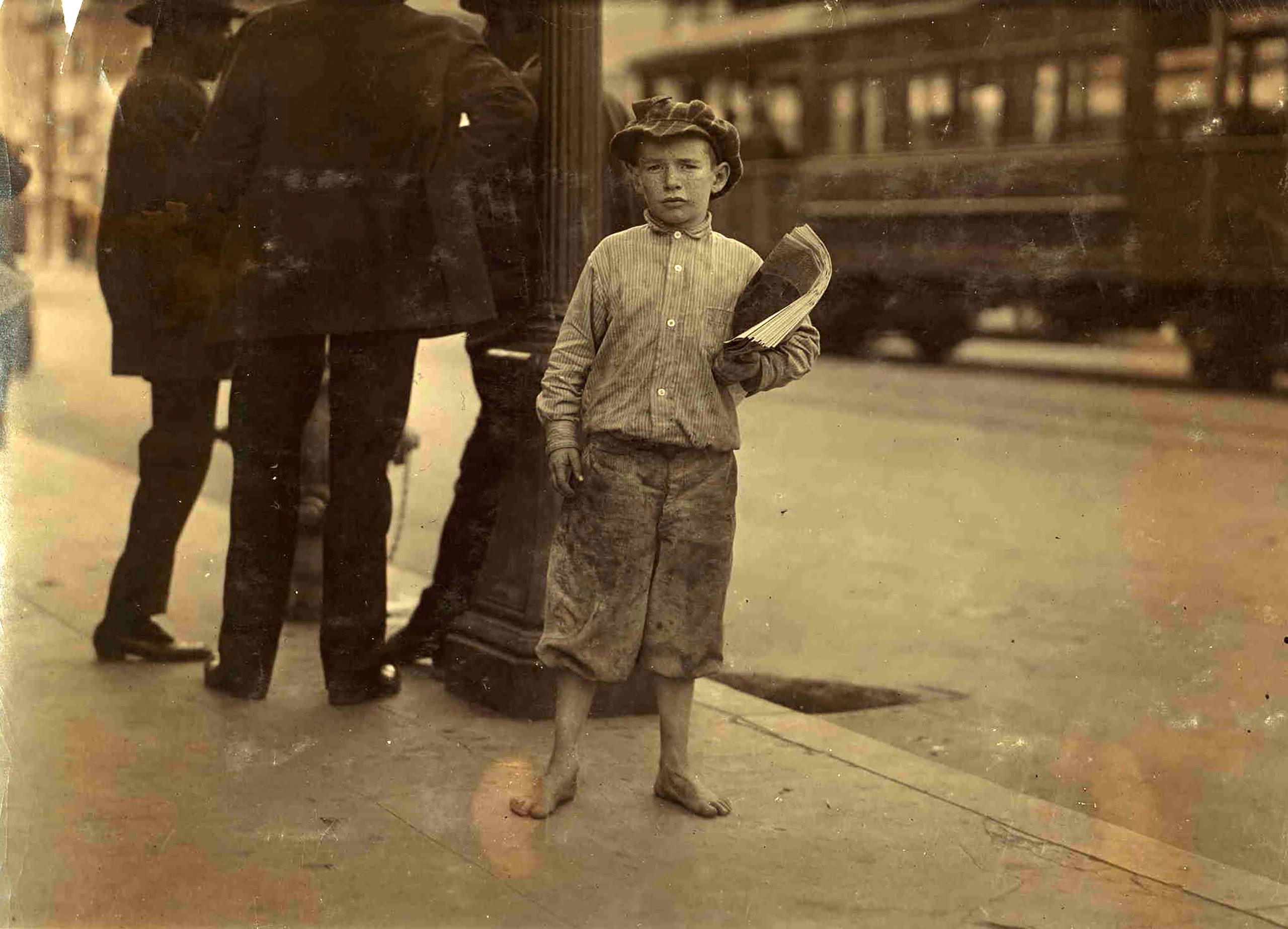 A startling collection of photographs depicting Los Angeles newsies, c. 1915. The photographer was Lewis W. Hine, who used these photos to advocate for child labor laws.   Above photo: A nine-year-old newsie, described as the “boss fighter of 5th Street.” He is photographed near Los Angeles’ Southern Pacific Railroad Depot.  (LOC)       Here […] 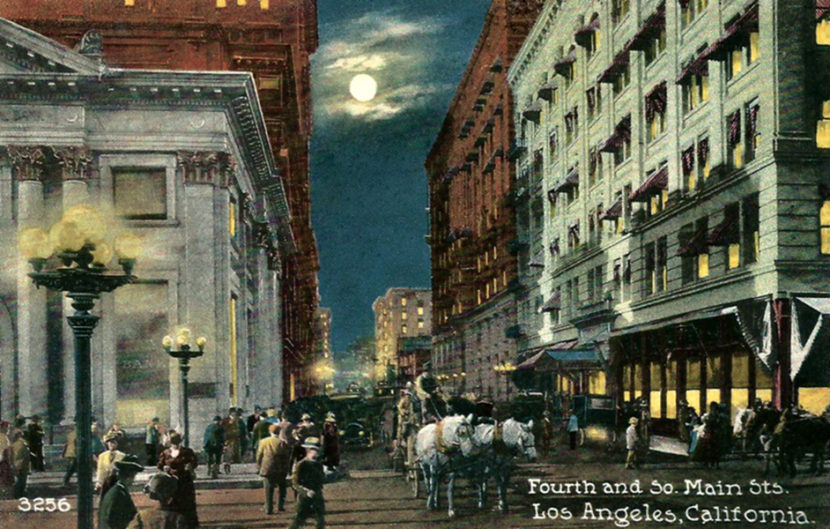 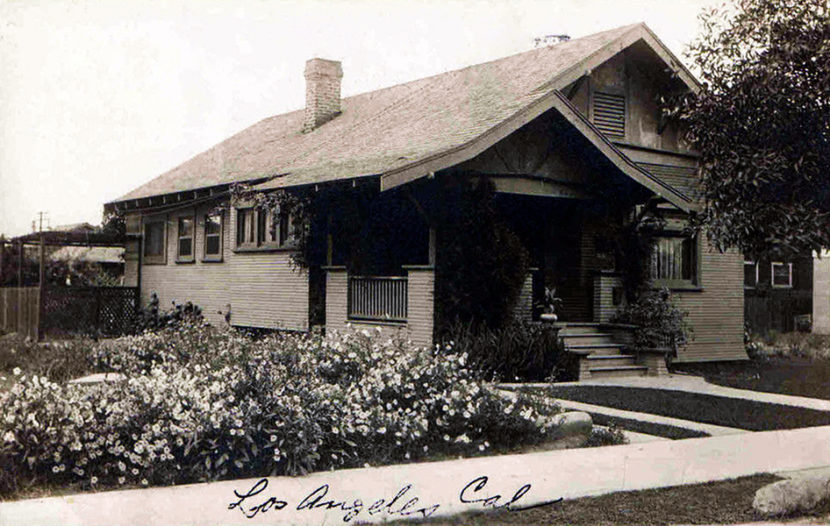 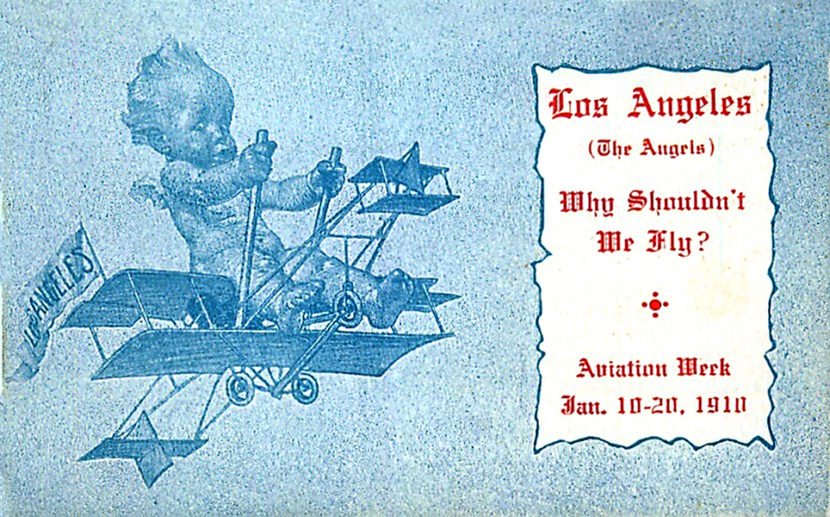 Stunning images from the 1910 Los Angeles International Air Meet. The historic week long event took place at Dominguez Field in Los Angeles. The meet lasted from January 10 to January 20, 1910, and was the first of its kind in the United States.   Pilot Charles F. Willard brings his Curtiss “Golden Flyer” in for […] 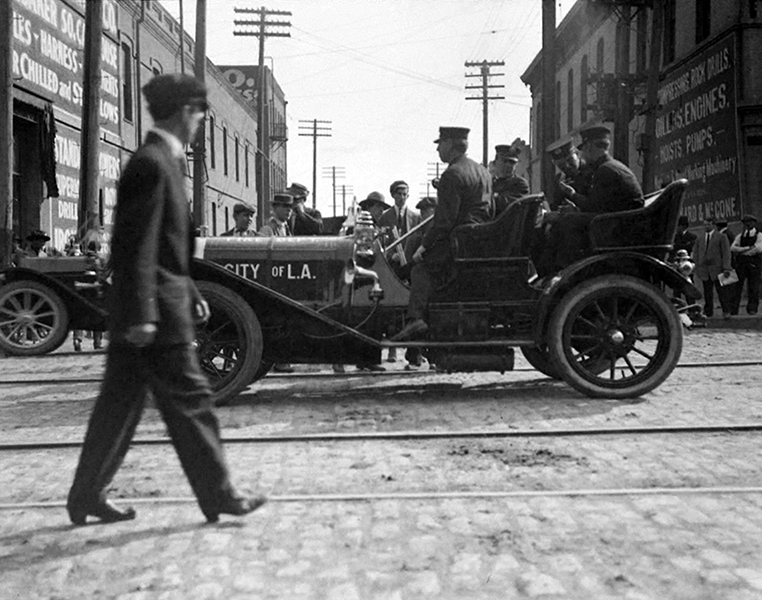