Los Angeles-based photographer and historical researcher Craig Owens first fell in love with history and the paranormal in 1972. At that time, he was as a seven-year-old boy playing on the grounds of a haunted Southern mansion known as Waverley, located outside of West Point, Mississippi. While Waverley’s owners admitted to seeing and hearing the ghost of a young female child, Craig never encountered her. Yet the atmosphere and history of Waverley stayed with him long after his family moved to Texas.

In 2009, he began staging vintage-style photoshoots at haunted hotels as an idea for an Old Hollywood-themed project. While on location, he experienced paranormal activity at the Mission Inn in Riverside, CA. This left him wondering if his photo shoots were somehow triggering it.

The following year, he started his Facebook blog, Bizarre Los Angeles, a page dedicated to Los Angeles’ forgotten history. He also continued his passion for taking vintage photos shoots at haunted locations. Little did he know that his love for haunted hotels would bring media attention. In 2013, he appeared on My Ghost Story: Caught on Film after he unintentionally photographed an apparition at the Palomar Inn in Old Town Temecula, California. The following year, the online magazine, The Verge, published an article on his paranormal experiences at the Aztec Hotel in Monrovia, California. He has also appeared in other people’s books, including Gourmet Ghosts 2 by James T. Bartlett and Ghostland: An American History in Haunted Places by Colin Dickey.

In 2017, he released his first book Haunted by History Vol. 1: Separating the Facts and Myths of Eight Historic Hotels and Inns in Southern California, which earned Publisher Weekly’s coveted star review. In 2020, it made the Eric Hoffer Awards’ short list of recommended books.

Due to the success of his book and his encyclopedic knowledge of haunted historic locations, Owens is now considered one of the top authorities in his field.  Recently, he began leading historic tours in many of the haunted properties around Southern California.

While he firmly believes that ghosts exist, he is reluctant to accept all paranormal stories. He instead approaches the subject with a good deal of skepticism, preferring to err on the side of not believing enough. He also encourages his readers to form their own opinions as to whether ghosts are real, and warns people not to believe in ghost legends unless the legends are supported by historical fact. His motto is “If the history is wrong, the ghost stories will never be right.”

Craig Owens is a graduate from Southern Methodist University with a B.F.A. in Communications.

Photos from Past Events 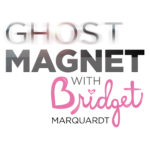