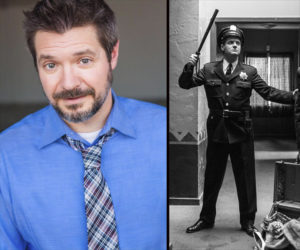 Originally from Warwick, RI, Gerard Marzilli has been acting for film and stage since the age of 10. His television work includes a Muppet Show pilot for the Jim Henson Company and Criminal Minds. His film credits include William Shakespeare’s Richard III, starring David Carradine, Sally Kirkland and Anne Jefferys, and Dead in Love with Margaret O’Brien. More recently, he has done voice over work and has starred in a couple of web-series. Gerard appears in Haunted by History Vol. 2 (scheduled to be released in 2018).