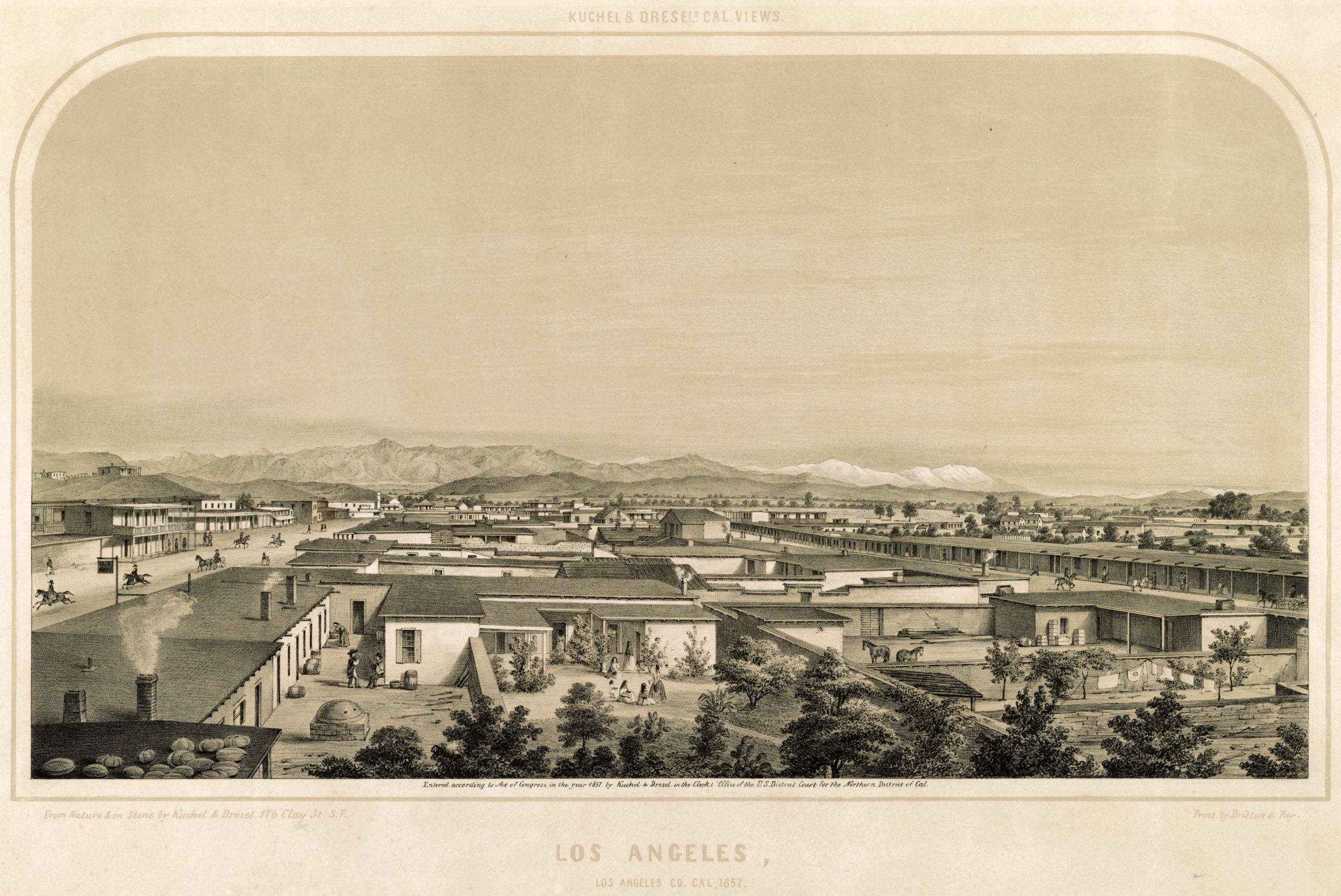 Los Angeles. Entered according to Act of Congress, in the year 1857, by Kuchel & Dresel, in the Clerk’s Office of the U.S. District Court for Northern District of Cal.   Los Angeles as it appeared in Vol. 5 of the quarto edition of the Pacific Railroad Reports in 1855.   The Los Angeles City […]