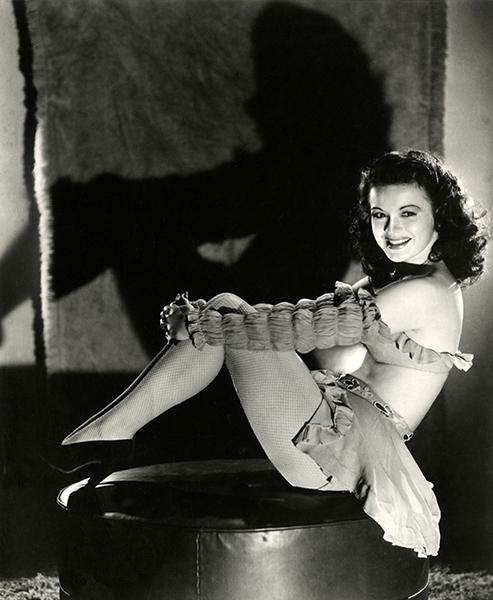 “I saw this man looking at me very intently while I was dancing in my show number. I didn’t know who he was at first, but he stared at me so that I asked the stage manager. He peeked out and said: ‘Hey, that’s a talent scout.’ So I almost broke my neck trying. Sure enough, he came back from the show and signed me for M-G-M. I’m scheduled to go out there in the spring.” — Miriam LaVelle in 1942.

A few biographies claim that Miriam LaVelle, real name Miriam Patterson (or Paterson), was born in Chester, Pennsylvania in 1927. However, one press clipping claimed that she came from St. Louis, Missouri.

A 1930 U.S. Census record listed her as an adopted child to James and Miriam Patterson. It, too, claims that she was born in Missouri.  Her marriage certificate and death record also lists Missouri as her home state. Yet she also claimed Chester, Pennsylvania, as her birth city (or at the very least, her hometown). Suffice it to say, she was connected to both as a child.

LaVelle claimed she started dancing at age two or three to help correct a foot ailment.  She also said that at age six, she became the honorary mascot of the St. Louis Cardinals during their world series appearance (1932?).

As a teenager, LaVelle struggled to find work as a dancer on Broadway. She eventually got a break when her likeness was used on an animated electric sign on Times Square in April 1942. She suddenly became known as “the sign-derella girl,” and was signed to appear at the Strand on Broadway. This led to steady work on the stage.

“I danced in lights for six weeks on that sign,” she told a reporter in 1943, “It was my Broadway debut.”

LaVelle‘s dancing style was acrobatic, which was was as dangerous to perform as it was thrilling to watch. Because of this, she became a well-known entertainer in the nightclub circuit throughout the 1940s. In Hollywood, she danced in a handful of musicals in 1943-44.  Her screen debut was The Gang’s All Here with 20th Century Fox. After her brief film career, she toured around the country, performing with George White’s Scandals and other live variety acts.

Newspapers reported that she had a number of boyfriends, including Dean Martin, George Jessel, and Tito Rodriquez. However, she focused more on her career than her love life. Either that, or she was too much of a free spirit to settle down with any boyfriend for long.

In 1950, LaVelle split her head open during a rehearsal for a television show and was rushed to a hospital. Although she survived the injury, she no longer performed.

In 1955, newspapers claimed that she was honeymooning with a man named Robert Morey Jr. The marriage, however, may have been short or non-existent.  Lavelle married Robert W. Rhodes in 1957. Her marriage to Rhodes didn’t last long. In October 1958, she died in Los Angeles at the age of 32. The only mention in the newspapers about her passing was a one sentence blurb in Ed Sullivan’s syndicated column that read: “Dancer Miriam Lavelle died….” 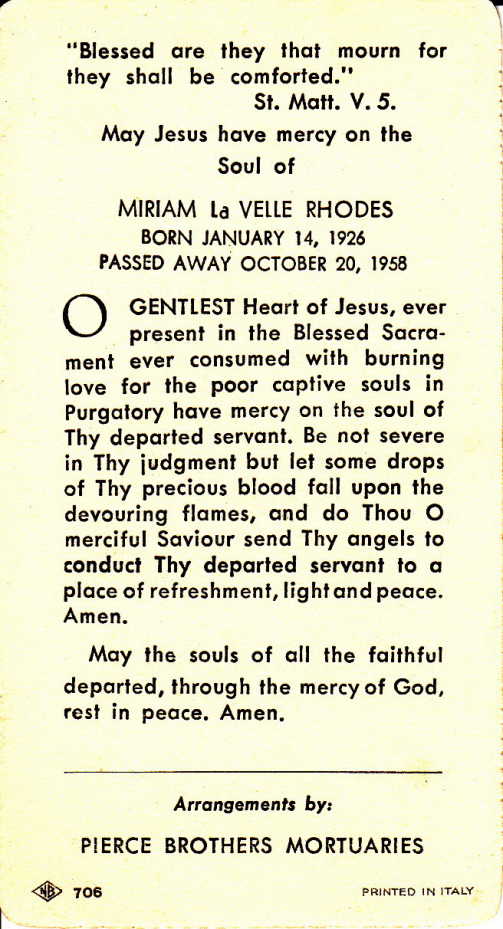 In more recent years, author Julian Bonser created a website in her honor. You can visit it by clicking here.